Normani is a fierce queen that’s impressing everyone from her fans to some of the most iconic musicians with her talent. After diving full-force into her solo career, the former Fifth Harmony songstress is leaving her mark through hits like the 6lack-assisted “Waves.” 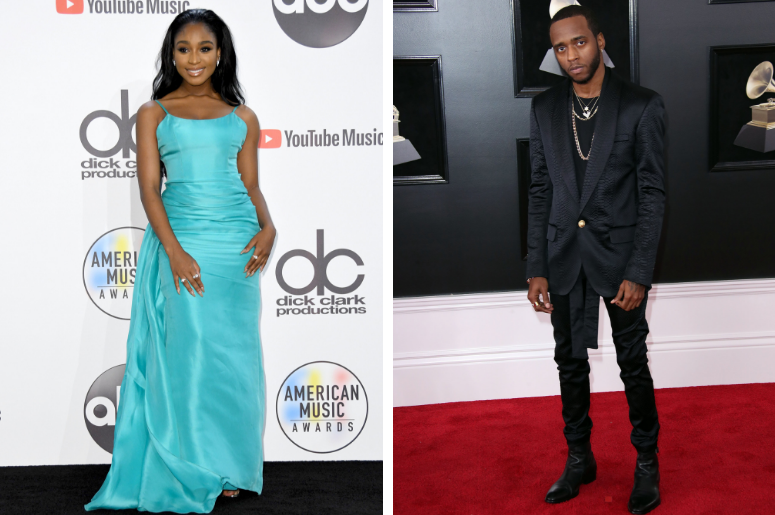 Normani and 6LACK Vibe Together on New Track “Waves”

The vibey track made for an instant hit as the two’s vocals meshed together seamlessly. Riding on the wave of its success, the duo took the aptly-titled track to The Tonight Show Starring Jimmy Fallon’s stage for a sharply choreographed and steamy performance.

With a crew of dancers backing up Normani’s powerful vocals as a sea of blue lights and fog surrounded her, she captivated audiences around the country. Along with stunning viewers watching from their TV screens, Normani received high praises from The Tonight Show’s own Questlove.

“One of the most impressive performance debuts I’ve seen in the history of the show” the legend wrote in a Tweet lauding Normani’s graceful performance. Along with his incredible musicianship, Qeustlove has seen “2000 summed odd” performances on Fallon alone, so the compliment is one of the best endorsements an artist could get.

Watch her performance with 6lack in the video above!

after some 2000 summed odd episodes of Late Night/Tonight I’ll say that @Normani’s performance on #FallonTonight was one of the most impressive performance debuts I’ve seen in the history of the show. Extremely impressed. 👍🏾👍🏾👍🏾👍🏾👍🏾