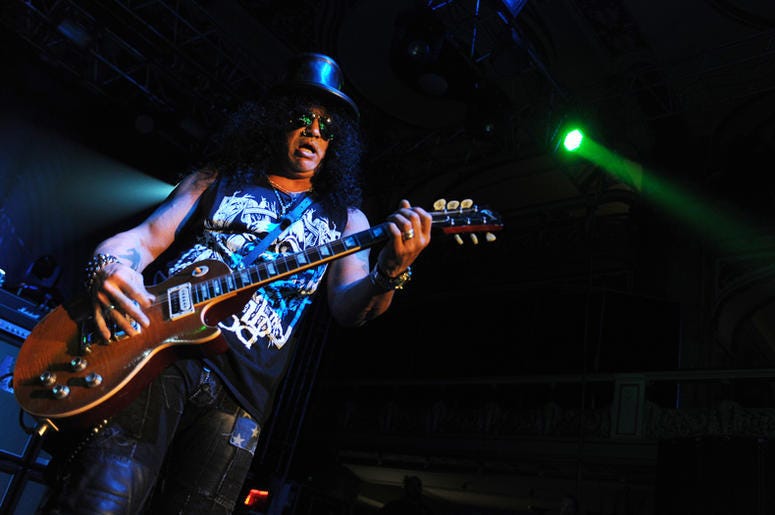 Slash recently revealed that the Guns N' Roses members are interested in making new music. While we may have to wait a while since their last album took 25 years to record, we’re still stoked about it.

In a Trunk Nation interview, Slash said that the idea to make a new Guns N’ Roses LP has been thrown around. “It’s been talked about,” he noted. “I think everybody wants to do it, and we’ll just see what happens. We’ve been busy doing this running around the planet.”

Their current round around the planet is the 2-year Not in This Lifetime… Tour, clocking in at over 120 shows. Will we be seeing the band back in the studio after taking a break from their worldwide road trip?

While we wait, listen to their recently released acoustic version of “Move To The City” here: