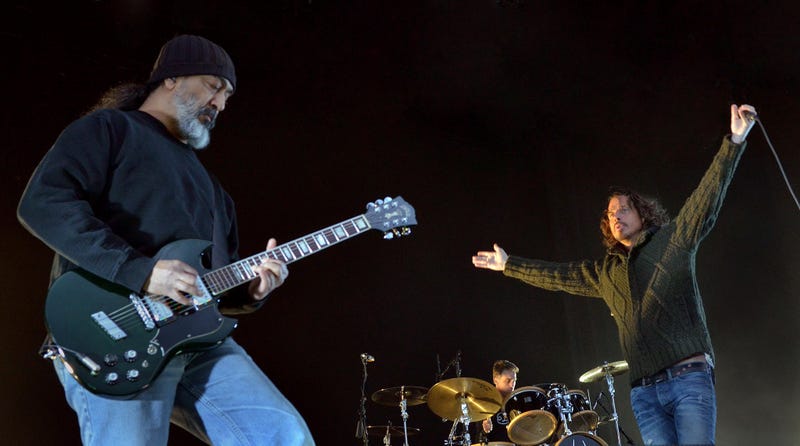 On June 8 at Denmark’s Northside Festival, the band performed together for the first time since the night before his death. Two of the three remaining members, drummer Matt Cameron and guitarist Kim Thayil, took the stage as part of supergroup MC50.

The band pays tribute to Detroit rockers MC5 and is formed by members of Soundgarden, Pearl Jam and King X.

Footage of the reunion was finally released-- watch their blistering performance of “Come Together” below:

MC50 is readying for a three-month world tour that runs from September into early December. Get dates and details here.