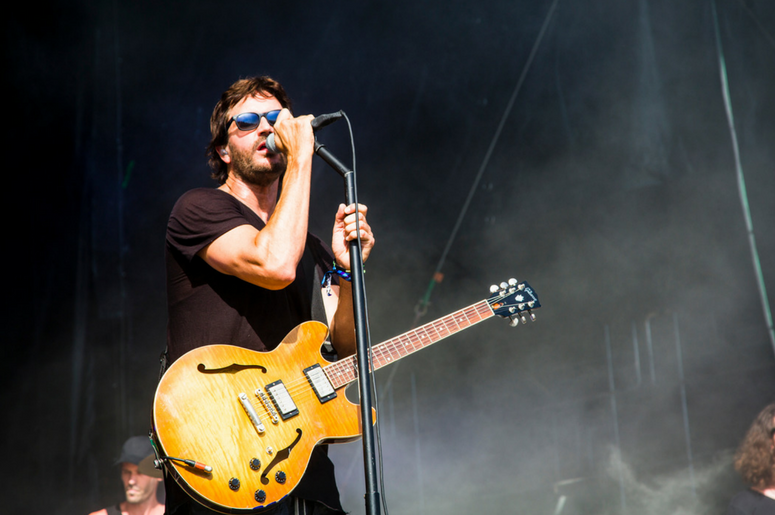 Artists covered include Queens Of The Stone Age, Bon Iver and more from a wide range of genres that stay mostly in indie folk, a world that’s still quite different from the band’s typical alt rock wheelhouse. The adventurous covers are meant as both an ode to the band’s inspirations and an attempt to “catch inspiration for our next album,” they explained in a press release.

Get the full EP here and listen to their take on Bon Iver’s “Blood Bank” below:

Take a deeper look inside frontman Stephan Jenkins’ head in our exclusive interview. These rapid fire questions get down to the important things… like what the weirdest interview he’s ever done is.

This one, probably! Watch below:

Jenkins was also just announced as a participant in I'm Listening, a two-hour commercial-free special discussing mental health and suicide prevention. The program will be broadcast on Sunday September 9th, at 7am with other guests including Mike Shinoda, Pearl Jam's Mike McCready and Stone Gossard, Halestorm's Lzzy Hale, and many more.

Visit ImListening.org for more details and to share your story.