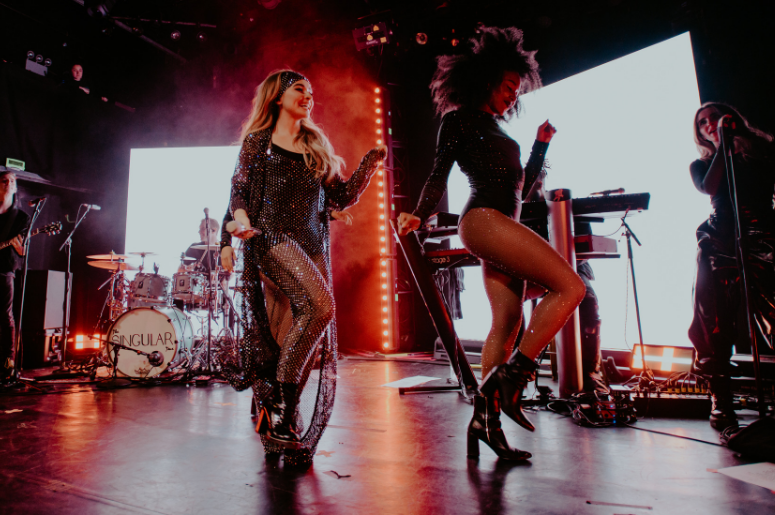 Sabrina Carpenter is poised and ready to be the next big name in pop. After growing into her sound with grace and talent that parallels arena headliners like Dua Lipa and Ariana Grande, it’s easy to imagine where the “Almost Love” queen will be in just a few years. 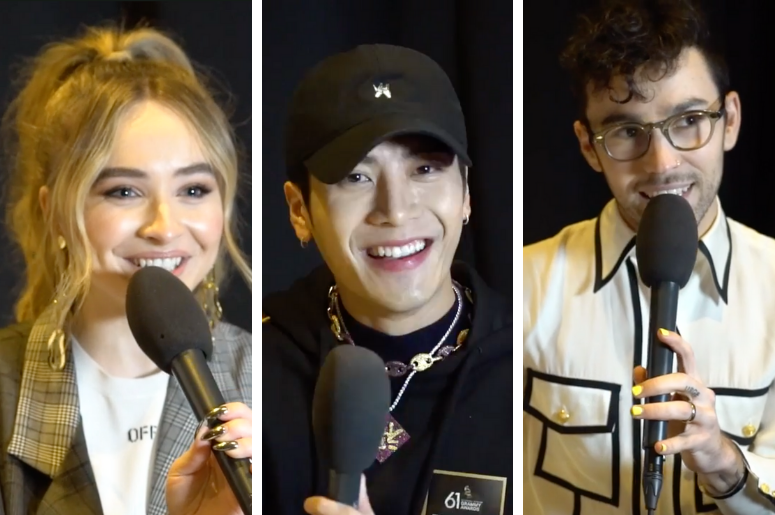 While we patiently await her well-deserved blow up, what is Sabrina Carpenter currently up to? She’s bringing stadium-level energy, production, and choreography to intimate venues. The feeling of seeing Sabrina live is one of overwhelming awe that leaves you completely captivated by the show she’s able to pack in. Get a look inside the must-see moments of her Singular Tour here. 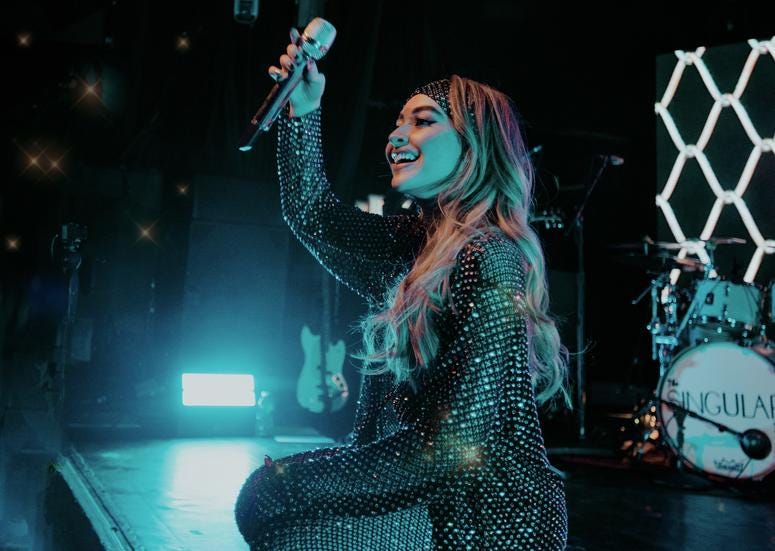 Shortly after Maggie Lindemann opens the show with her airy vocals on tracks like the Cheat Codes-assisted “Pretty Girl,” a countdown flashes up on huge LED screens that back Sabrina’s performances. A roar erupts through the crowd: 20 seconds until she takes the stage. As the countdown approaches zero, backup dancers and a band including a drummer, guitarist, keyboard player, and backup vocalist take the stage in preparation for a show that’s leagues ahead of most solo popstars. Sabrina gracefully arrives onstage, sporting an outfit completely covered in gems while belting out “Almost Love.” 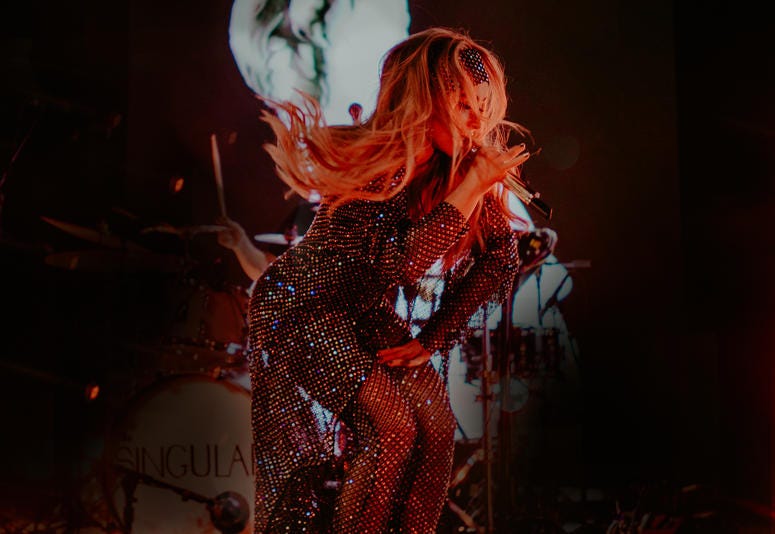 Even her powerful vocals sometimes get lost in the chorus of young fans passionately singing back to her. With a fierce crew of loyal followers that span all the way from her days as a Disney Channel actress to her most recent single “Pushing 20,” their dedication is felt wherever she goes.

One of the most genius moments in her current live set is a performance of Singular Act I closer “Diamonds Are Forever” that seamlessly blends into a cover of Rihanna’s “Diamonds.” The glowing Sabrina shines through a setlist full of four years of music that shows constant growth, delivering bop after bop all while breezing through upbeat choreography and effortlessly owning the stage. 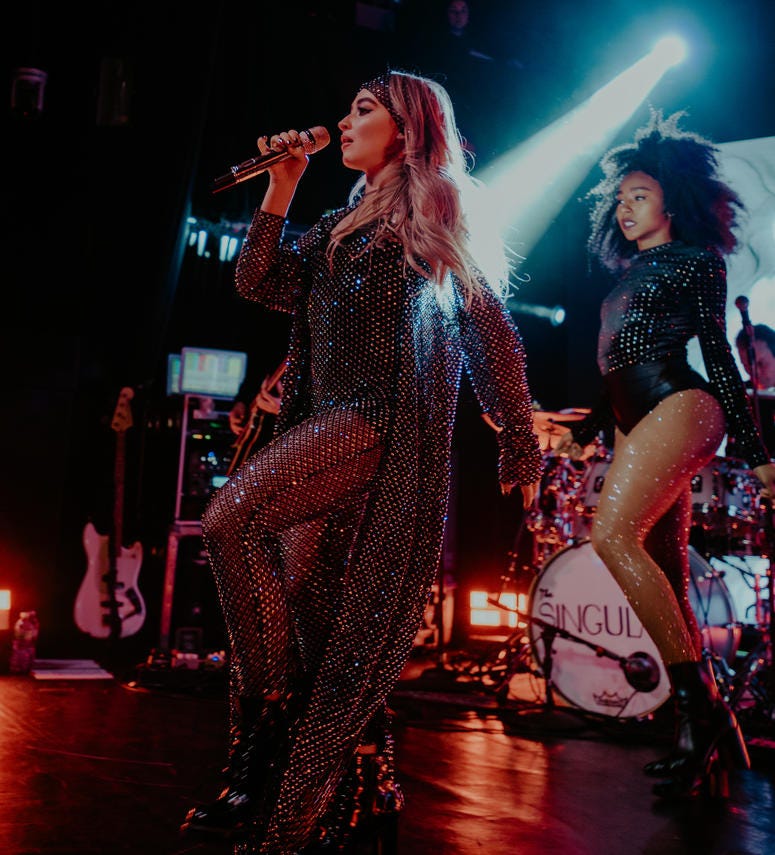 Whether you’re planning on attending one of her upcoming tour dates or debating on seeing her in the future, Sabrina Carpenter’s live shows are something every pop fan needs to see at least once.

thank u for coming! these are amazing https://t.co/9WdFAPLJY8