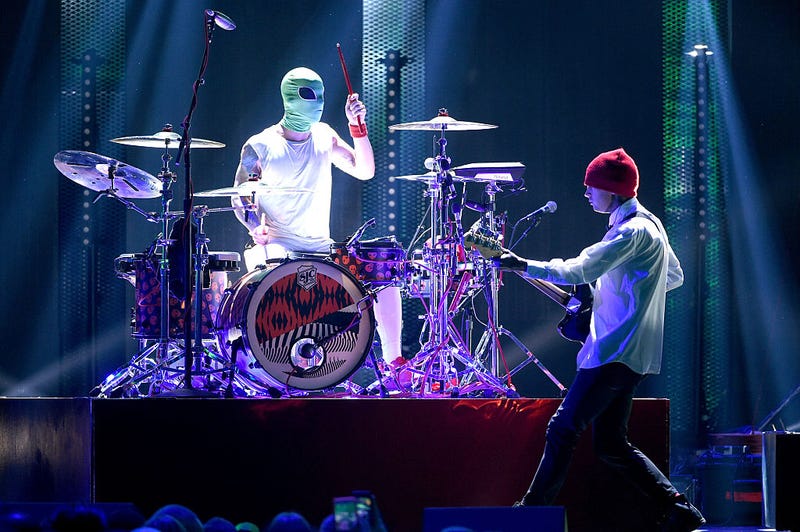 Every move Twenty One Pilots makes is intentional, from their mysterious clues to every piece of imagery in their music videos. The brand new visual for single “Nino And The Niners” continues the story started by “Jumpsuit’s” cinematic video.

In a tweet announcing the video’s release, the duo has labeled this part two of a three-part story from upcoming album Trench. The “Jumpsuit” video ends with a barely recognizable Josh Dun perched on a hill. His eerie character becomes a lead in the story told by “Nico And The Niners,” meeting Tyler with a choreographed bro-handshake.

Watch the video and see what pieces of the mysterious story you can follow:

The revelation that this is only part two has fans expecting a new song soon. Their fifth studio album, Trench, is due October 5.