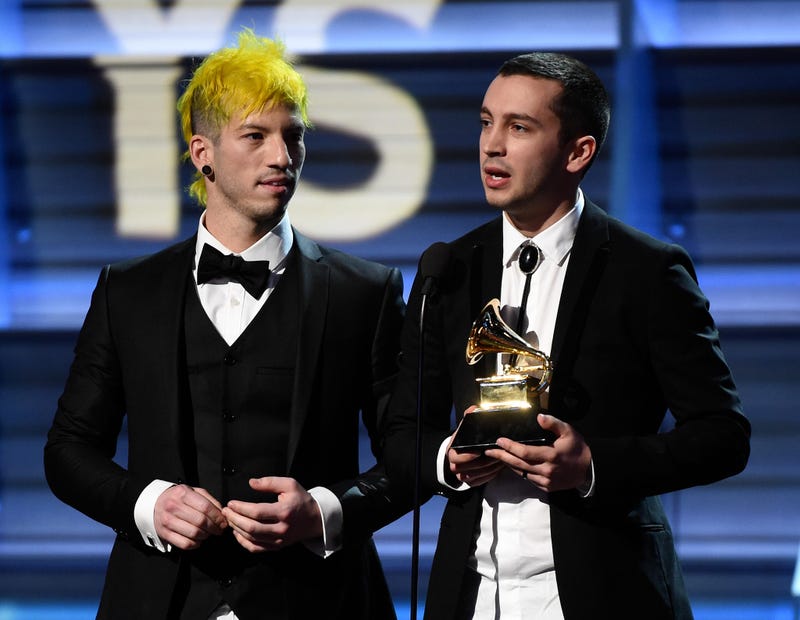 Twenty One Pilots’ fans have to double as FBI agents with how dang mysterious this band is.

Tyler Joseph and Josh Dun are well known for making The Clique work hard for any details. The duo has been silent on Twitter for almost exactly a year now after officially ending their Blurryface era but, it seems like their return is right around the corner.

Fans have recently discovered various mysterious links on their official website, piecing them together to reveal compelling clues. Stick with me here-- we may end up lost in this winding trail of clues.

A link found on the official Twenty One Pilots website in April lead to this violation code. Which then lead to this website.

Watch this video for an in-depth analysis of the clues on this site:

Still following? Me neither...

One of the most popular theories stems from text on the website that reads “__n_ot_myo_nly_fri_en d.” It's very possible the band is releasing a new single this Friday (July 6), a date that also marks exactly a year since they went silent.

The band could be returning from their year-long hiatus in just a few short days. But this is definitely the most convincing explanation in my opinion.

The band has officially broken their one year silence with a newsletter sent out to their fans. The email features only a GIF of an eye opening, paralleling the end of their Blurryface era which concluded with an eye closing.

just got an email from twenty one pilots... "ARE YOU STILL SLEEPING" with this gif pic.twitter.com/Y8mB1PtbjS