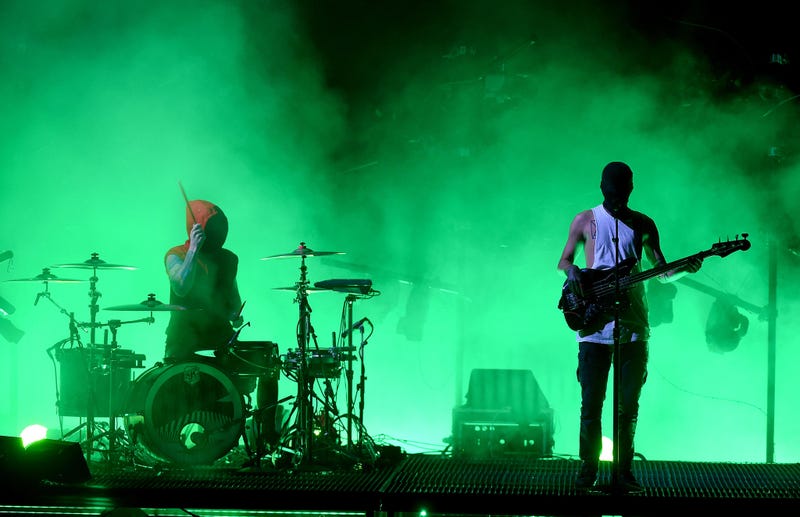 After months of speculation, we’re now 100% sure Twenty One Pilots are back.

Rumors about their long-awaited return have been swirling since the day they left, but we finally have the first tweets from the duo in just over a year.

The eye is almost completely re-opened and, at the rate these gifs are coming, we’re predicting new music from the band within the next day.

The newsletter sign up box on their official website has been blocked out, stopping new members from signing up and hinting that people already on the list will get a special e-mail soon.

Fans have also found billboards and murals connected to the new era in major cities all over the world, from Italy to Brazil. We're beyond excited to see what all of this is leading up to.