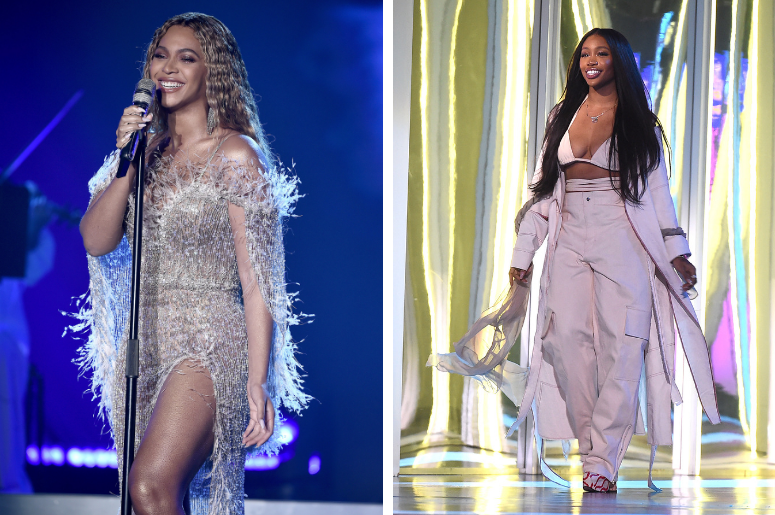 Beyoncé and SZA are two of the biggest names in music so any day we get new music from them is a great day… Unless the music was uploaded without their knowledge and came under fake pseudonyms.

The trend of strange leaks appearing on streaming services is continuing as albums from both Beyoncé and SZA popped up overnight under the names Queen Carter and Sister Solona, respectively.

The Queen Carter leak came in the form Have Your Way and Back Up, Rewind, two albums comprised of demos, previously released music and other rarities that lead people unfamiliar with them to think they were new. Her surprise release of Lemonade in 2016 also added to the possibility that it was real as secretly dropping an album under a new name is definitely a very Beyoncé move.

so I almost passed out until I realized it’s old music...so who is releasing Beyoncé’s old music as Queen Carter on iTunes?? I WANNA FIGHT pic.twitter.com/ZvsqffJpUf

The real Queen Carter has yet to respond to the uploads, but both were quickly taken down.

Sister Solona’s release was Comethru, an album full of music SZA explained she was working on in 2015 but didn’t finish. “Def not new! But… Creative?” she responded in an Instagram story before saying she’ll have news about her actual new music coming soon.

There is no new SZA album out. Old songs were stolen and leaked. We are currently fixing the issue. Please feel free to continue enjoying Ctrl until the next album is ready.

Both albums have since been taken down. The fake albums reek of a scam and follow a bunch of other recent unauthorized music releases, including an unheard album from Ariana Grande that was shared under the name Zandhr.