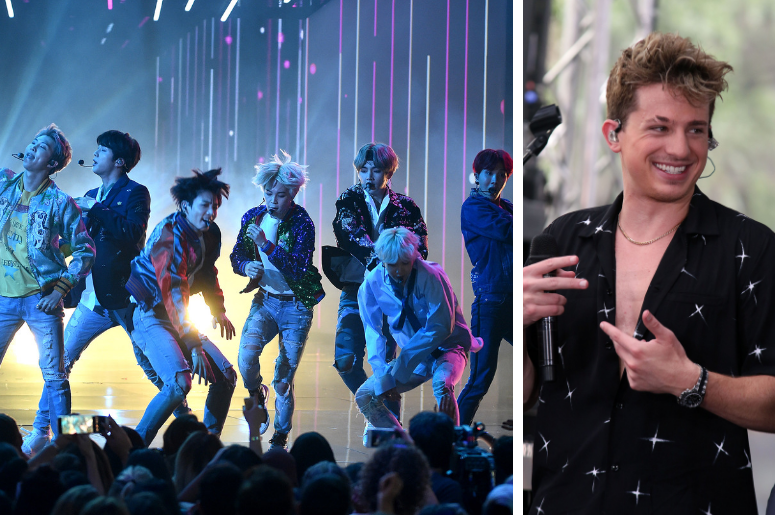 K-pop stars BTS and singer Charlie Puth have long been fans of each other, teasing potential work together with cute social media interactions that show off their mutual admiration.

After leaving fans begging for a collab, they've teamed up for a performance at the 2018 MBC Plus X Genie Music Awards (MGA).

The November 6 awards show held just outside of Seoul, South Korea left BTS with five awards, including the two biggest of best artist of the year and best digital album of the year. Accompanying their feat of winning the most awards of the night came two performances with Charlie Puth.

Charlie joined BTS to add his flawless vocals to their hit “Fake Love” and the combination was honestly too perfect for us to handle. BTS’ Jungkook also took the stage with Charlie for a performance of “We Don’t Talk Anymore,” a track that Jungkook has covered in the past.

Watch the performance below:

This is easily one of the most iconic performances of the year.

In our exclusive interview, Charlie Puth revisited some of his most iconic looks of the year. From the "Funfetti Britney Spears" to the guy that just won't move out of his hometown, here are some of his best hairstyles: