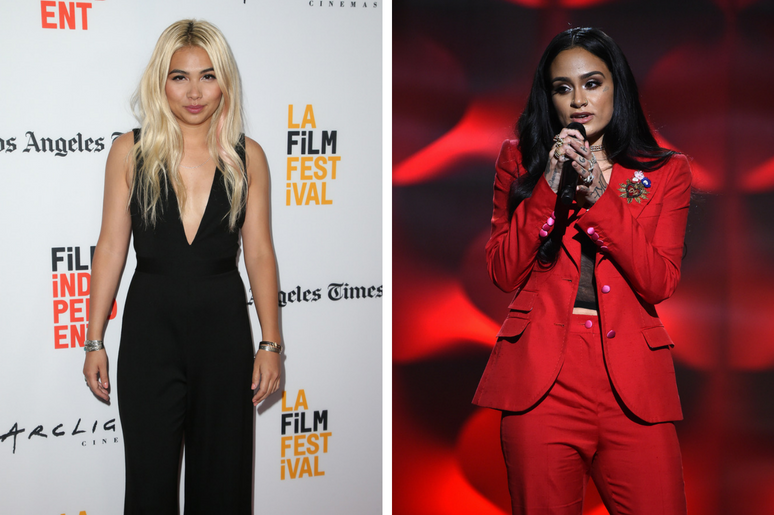 “Lesbian Jesus” Hayley Kiyoko is one of the most deserving success stories.

From starring in Disney’s Lemonade Mouth to snagging a supporting slot on Panic! at the Disco’s Pray for the Wicked Tour, this girl has shown us she really can do it all. And do it exceedingly well.

Hayley recently teamed up with R&B queen Kehlani on “What I Need.” The two openly queer women have delivered a short-film-like video that follows the struggles of acceptance in the LGBTQ+ community and shows an escape where home is defined only by the presence of each other.

In an intense opening scene with some NSFW language, Kehlani is shown arguing with her unaccepting tía about the status of her relationship with Hayley.

The video was directed by Hayley herself, no stranger to the screen nor the role of directing. In an honest behind-the-scenes video, we see her confidently explain exactly what she wants from each scene. Getting a glipmse at her workflow has genuinely been the highlight of my day.

Despite struggling with lost footage, a sprained ankle and time-restraints, her vision is brought to life flawlessly.