Gerard Way’s The Umbrella Academy has been the talk of the scene since its Netflix debut on February 15. Praised for its innovation and well-developed characters, the show has earned ratings that land it in the top .03% of all TV shows. 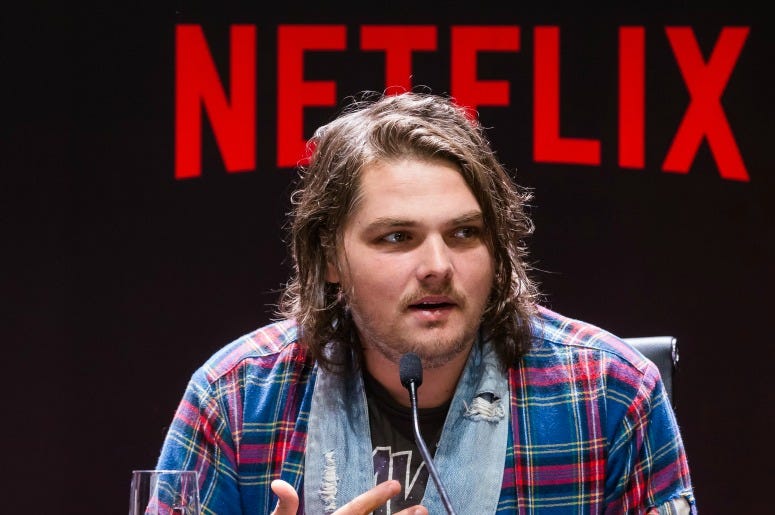 The Umbrella Academy stems from the mind of My Chemical Romance frontman and solo artist Gerard Way. It turns out, the original idea for his comic book was brewing well over a decade ago.

In a 15-year-old video that’s begun circulating again thanks to Rock Sound, Gerard is seen sketching characters while on tour with MCR. "It’s kind of like 'X-Men'… Yeah, this one I’m working on is called The Séance,” he explains while drawing out one of the first renditions of Klaus.

"He’s a guy who got into an accident and they had to put his head on the body of a gorilla. And he has to wear this apparatus to keep himself alive, kind of like an iron lung," he describes of human and gorilla combo Spaceboy from the tour bus.

Watch the full clip around the 1:40:30 mark in the video below. The comic book series was first published in 2007 and is now a full-fledged Netflix original starring Ellen Page, Mary J. Blige, and more.