The club can’t even handle this new bop from the unexpected pairing of Macklemore and Why Don’t We. Generations are being crossed as the genre-mixing team comes together to slay everyone from stans of the young boyband to longtime Macklemore listeners. We are both. 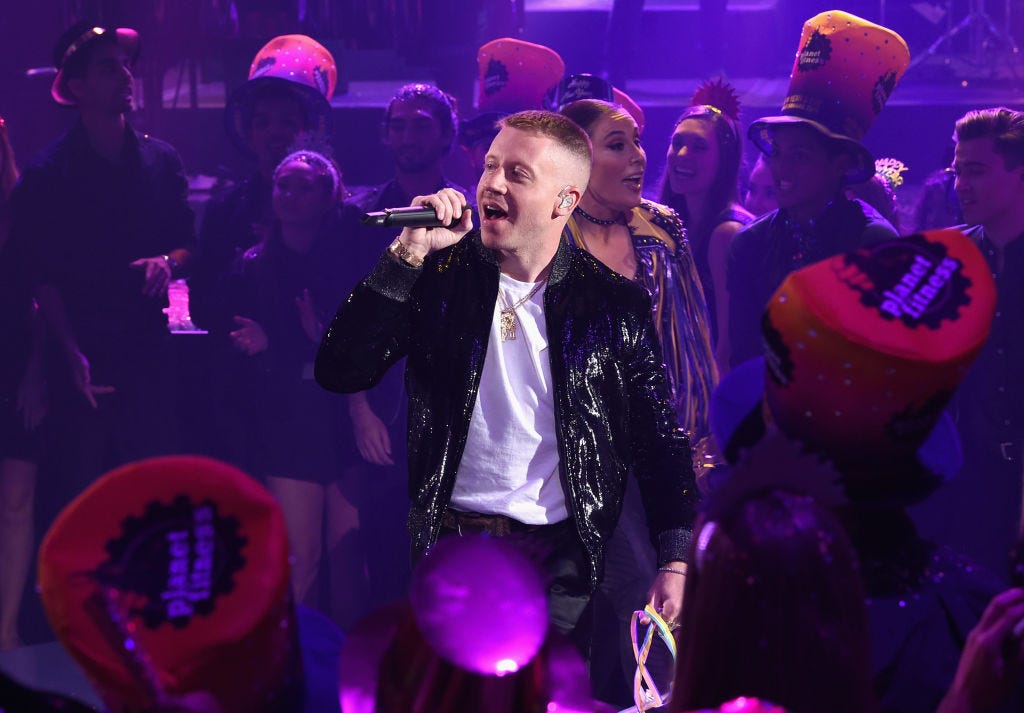 Macklemore to be Honored for Addiction Recovery Contributions by MusiCares

Why Don’t We and Macklemore would rather be at home watching Netflix in their new single. “I Don’t Belong In This Club” is a laid back jam that seamlessly blends their two styles with nostalgic piano chords and booming bass.

“Jaded / Can’t fake it/ I don’t belong in this club” the boys sing in the perfect ode to nights where you don’t actually want to be out. The FOMO anthem tells of the excitement that quickly fades in uncomfortable situations of bad DJs, awkward crowds, and late nights.

“This Drake song making me emotional,” Macklemore sings. We’re with you man.

The brand-new, wonderfully uncomfortable video for the single shows Why Don't We being shunned on the dance floor, while a super dapper Macklemore is turned away at the door. The upbeat song follows previously released single "Big Plans," with both expected to appear on Why Don't We's sophomore album.