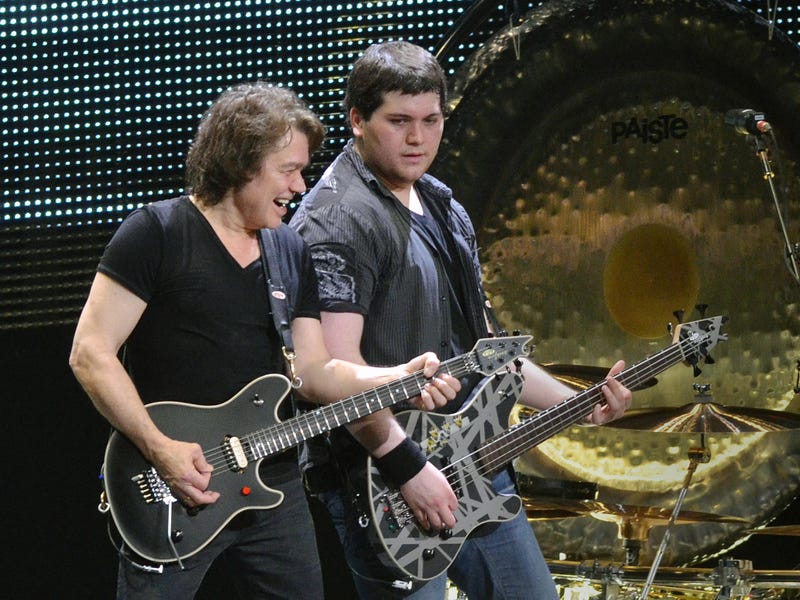 Wolfgang Van Halen is ready to carve out a name for himself with his debut solo album.

Van Halen guitarist Eddie Van Halen’s son, Wolfgang, was born into rock royalty. He’s not going to just coast on his name and has been working hard preparing for the upcoming release of his first solo album.

Producer Michael "Elvis" Baskette recently revealed how excited he is about the completion of the album, taking to Twitter to celebrate and share this on his protected account:

"There are no words to describe the sense of excitement and accomplishment of finishing the last mix on this amazing record I just produced for the mega talented @wolfvanhalen. It’s so awesome and I’m super proud of it on all levels. It’s been a long time coming but it will be very worth the wait! Proud of you... love ya @wolfvanhalen #grateful."

A clip shared by Wolf over half a year ago gives a taste of the driving riffs we’ll be treated with:

A sneak peek to start your week ✌️

The 26-year-old has been playing bass with Van Halen for over 12 years but is reportedly playing everything from drums to keyboard on his solo project. No release date has been revealed yet but we’re anxiously awaiting details.