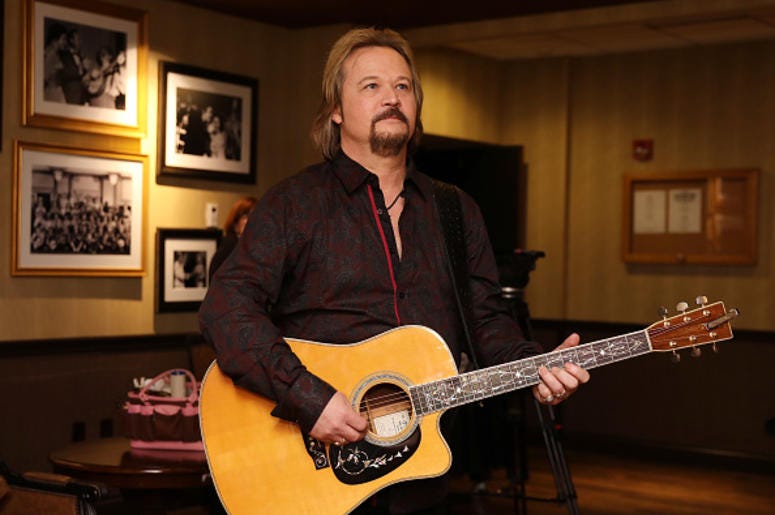 Travis Tritt has reported that he and his bus were involved in a fatal car accident early Saturday morning (May 18th).

"We were just involved in a fatal accident with a driver going the wrong way on Veteran’s Highway as we were leaving Myrtle Beach," the legendary country singer reported on Twitter, just hours after what sounded like a very successful concert. "Thank God we are all okay. I feel so bad for those who died needlessly tonight.

"I’m really shaken up by what I witnessed," he continued. "God bless those who died.

"We sustained minor damage as we tried to avoid the crash site in front of us. Bus damage can be fixed, but lives cannot be replaced. I’m so incredibly sad for those who lost their lives tonight.

He went on to emphasize that initially, he believes he was not injured. "I’m fine. We just had some superficial dents to the side of my bus. I just feel horrible for those who died needlessly tonight.

"I’m told that two people were killed in tonight’s accident as the the result of someone who was obviously driving drunk or impaired," he added. "Just a sober reminder to everyone to never drive if you’ve been drinking or impaired in any way. Uber or Lift is just a phone call away."

The "T-R-O-U-B-L-E" singer continued with his scheduled performance in Chattanooga, Tennessee on Sunday night.