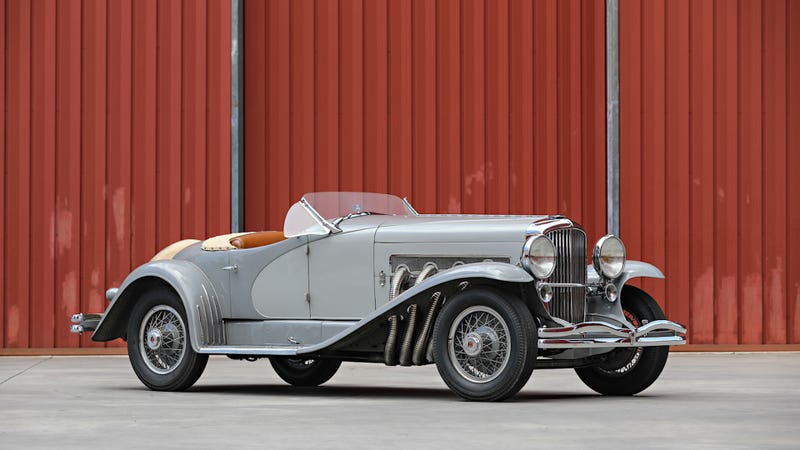 This 1935 Duesenberg SSJ just sold at a Gooding and Company auction for $22 million, making it the most expensive American car ever sold at auction!

The car is only 1 of 2 in existence, and features a 400-horsepower engine and is a perfect example of an iconic pre-war sports car.

The SSJ’s were initially made for 2 movie stars at the time, Gary Cooper and Clark Gable, in hopes of staying in business after the stars were seen photographed in the Duesenberg's.

While it couldn’t save their company, this car has really withstood the test of time!