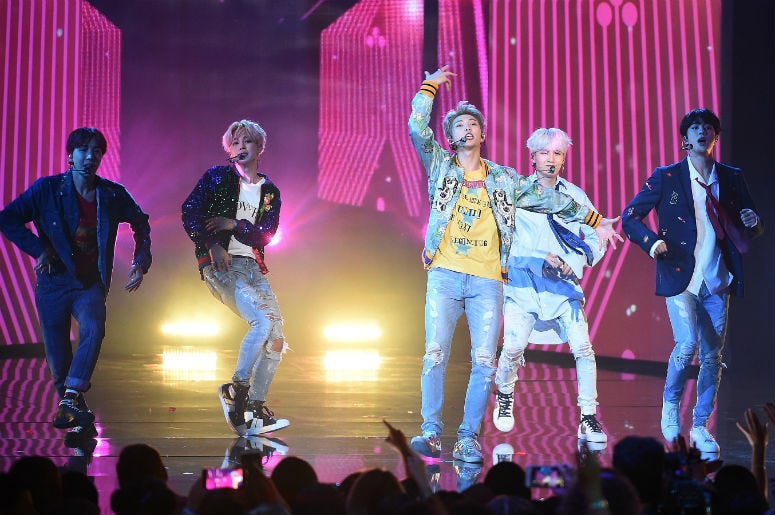 The BTS: Burn the Stage documentary is here, and fans can’t stop talking about the film.

BTS: Burn the Stage is an eight episode journey into the lives of the biggest K pop group in the world, BTS! The members consist of (oldest to youngest): Jin, Suga, J-Hope, RM, Jimin, V, and Jungkook. Together they invite the audience into their lives behind the scenes of their 2017 Wings Tour which made stops in 12 countries (including Brazil, Australia, Japan, Hong Kong, and the United States).

You can watch the first episode for free here:

I work in radio, and I'm a member of the  A.R.M.Y. (the name of their passionate fan base), so the first episode totally grabbed me! In fact, all I could think was “how did they film all of this and hide it from us?!"

It gives you an idea of how unsure the band was to let fans in to their world, and we get to see how hard the guys work each day. The second episode deals with their Wings Tour stops in Korea and Chile. While the audience is cheering, behind the stage there is a lot going on. For example: we see that Jimin is upset that he “messed up” his solo scene. We also get to see the youngest of BTS, Jungkook, experiences a health scare the other members have never seen from him before.

Burn the Stage continues next week (April 4) on YouTube RED.