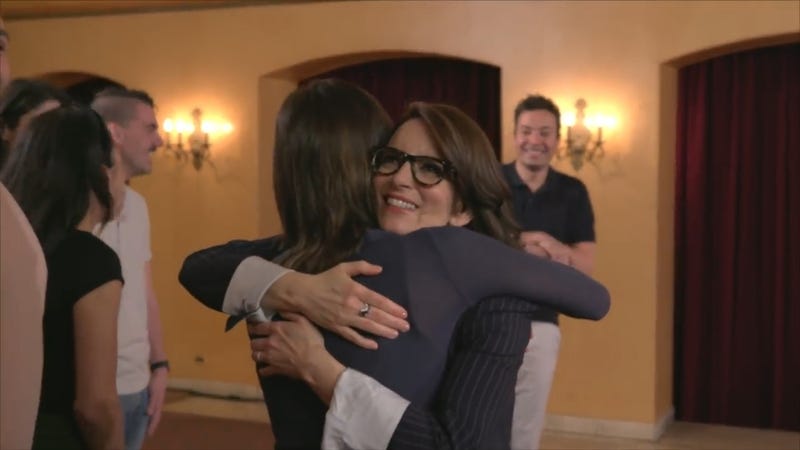 In one of Jimmy Fallon's most endearing bits, Tina Fey superfans were asked to film video messages to her while visiting Fey’s new Broadway show Mean Girls

The fans were asked to share just how much Fey's career has impacted them, while the actress suddenly appears out of nowhere to surprise them as they were in the middle of pouring their hearts out!

The Tonight Show with Jimmy Fallon set up the surprise and it’s easy to say that they never expected the comedy legend to be there. Jimmy Fallon himself also explained how Tina has influenced his own career -- after attempting to get in on some photos that he clearly wasn't needed in.

Watch the full, hilarious video below!