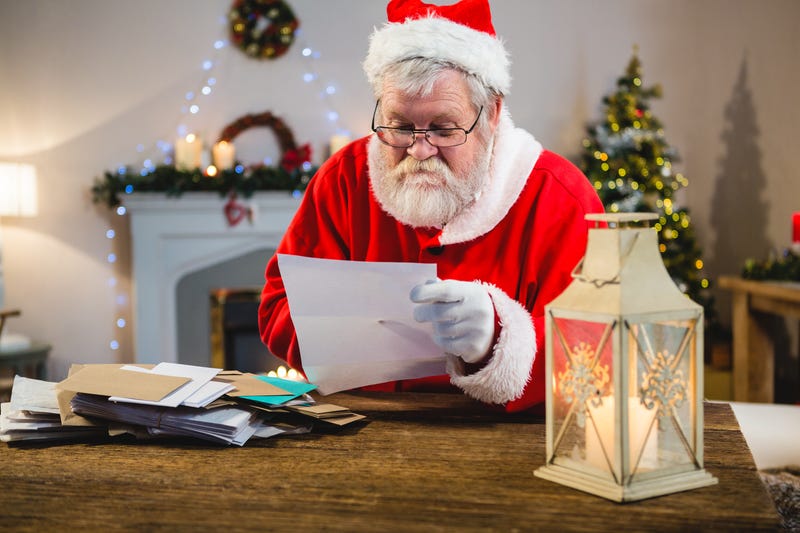 Maybe it’s for them, maybe it’s for you, but spending a little time with Santa is a Christmas tradition for plenty of us. Here’s where you can find St. Nick around the Denver area this holiday season.

Don’t miss a chance to skate with Santa at the outdoor rink on the 16th Street Mall. He’ll be making the rounds (literally) on select days throughout December.

Where: Skyline Park, Arapahoe Street between 16th and 17th Streets.

This year, along with their Christmas pictures, your son or daughter can become a member of Santa’s flight crew and learn how to make his sleigh fly and map his Christmas Eve route at Santa’s Flight Academy.

Santa, breakfast, and fish: What could be better? The aquarium is putting on Breakfast with Santa on weekends throughout December. It includes photo ops, a breakfast buffet and, quite possibly, Santa taking with a swim with some of the aquarium’s residents.

You can find Santa between the Lens Crafters and the Lovesac stores. One nice feature of Santa’s Park Meadows workshop is that you can reserve your spot ahead of time. So if you aren’t into waiting in long lines to get your kids snapped with the jolly fat man sign up for a time slot here.

Santa is making a one time only stop at Denver’s Hard Rock on December 8 for breakfast from 8:30 until 10:30. Besides breakfast, there will also be arts and crafts to keep everyone entertained.

Flatiron Crossing in Broomfield has a few high tech features this year including their elf academy where kids can print their own elf ID cards and the augmented reality of Elf Ray Vision that lets kids see the world like Santa’s elves do.

Santa’s Big Day at the Outlets at Castle Rock

You can find Santa flipping pancakes in the food court early in the morning and then later there will be sleigh rides with real reindeer and a scavenger hunt at 10:30

Santa will be around from the day after Thanksgiving all the way through Christmas Eve, so there will be plenty of time to get a picture with him.

Bass Pro Shops are after the classic Santa experience. Kids can get their picture taken with him, hand him letters with their Christmas wishes and make some Christmas crafts.

news
Nurse dies from COVID-19 at same hospital where he treated patients
news
Kids seem to be having harder time learning math since many schools switched to remote learning
news
Baby born from embryo that had been frozen for 27 years
news
Nurse placed on leave after mocking COVID-19 guidelines on TikTok
sports
Steve Young says Ravens-Steelers should not be played without Lamar Jackson
news
AG Barr: No evidence of fraud that’d change election outcome