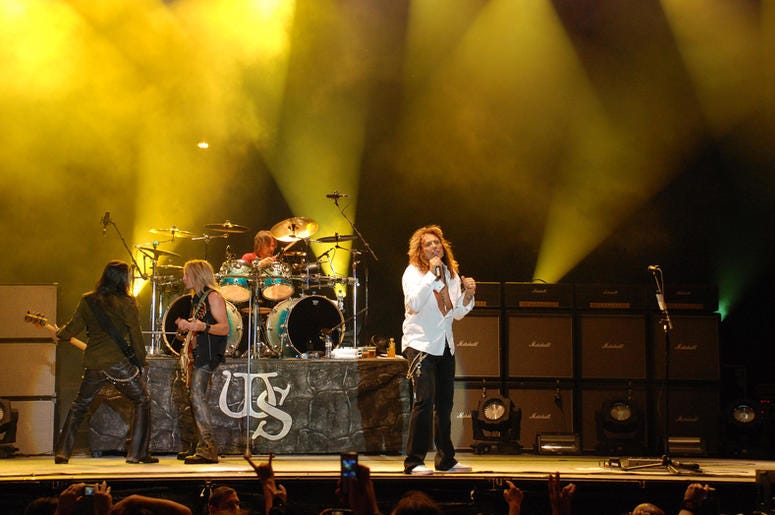 Known primarily by their fans over the years as a seriously hard rockin' outfit, Whitesnake is gearing up to present a different side to their music -- unplugged and acoustic!

A brand new 5-CD/DVD set that features acoustic performances (live & studio) from over the past 20+ years is set for release on October 19th, and is titled, Whitesnake: Super Deluxe Edition.

Included in the new set will be a wealth of rare and unreleased studio and live recordings, acoustic demos, concert videos, interviews, and more. For those fans not wanting to go all-in on the 5 disc set, there will also be (on the same date) a single disc issued with 11 tracks called Unzipped, which basically comprises the first CD of the box set, and will be available as a single-CD, double-CD and double-LP. All of the music will be available digitally and via streaming services.

The first disc from Whitesnake: Super Deluxe Edition mixes rare and unreleased versions of songs like “Summer Rain” and “Forevermore” from the band’s recent studio albums, Good to Be Bad and Forevermore. Also included are songs like “Love Is Blind” from David Coverdale’s solo album, Into the Light, and a previously unreleased song, 'All the Time In the World.'

All 11 tracks are available on the single-CD, double-CD and double-LP versions of Unzipped. A highlight of the box set is the inclusion of a previous Japan-only release of a 1997 'unplugged' concert that features David Coverdale and guitarist Adrian Vandenberg. Released originally as Starkers In Japan, the live (remixed) recording will make its debut in North America as the second disc of the set, and its 12 selections will be paired with the first CD's 11 songs for the double disc edition of 'Unzipped.'