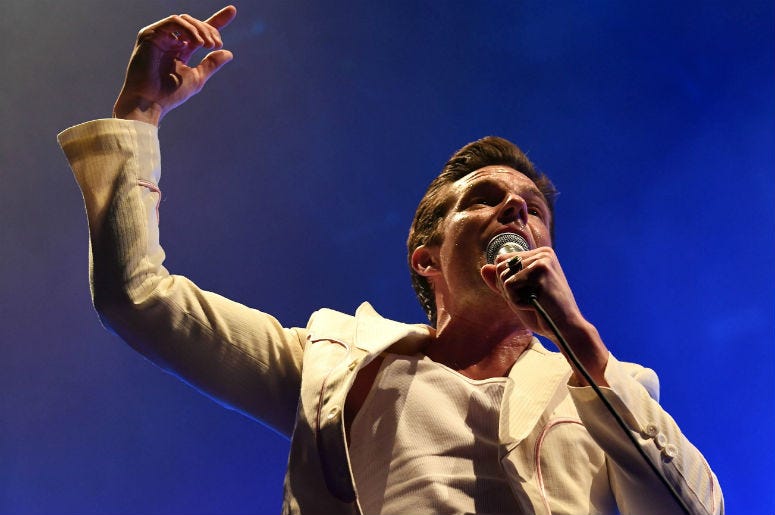 With the Rock Hall Inductions quickly approaching, we've been anxiously awaiting updates about performers and inductors. From rumors about Howard Stern inducting Bon Jovi to Ann Wilson's interview slip about inducting the Moody Blues, we've been getting small glimpses of what's to come.

One of the things we're most excited about is the fact that Brandon Flowers of The Killers will be bringing his iconic voice to Cleveland to induct The Cars. So, why is this alt-rocker headed to the Rock Hall Inductions?

Check out some more of his work below!