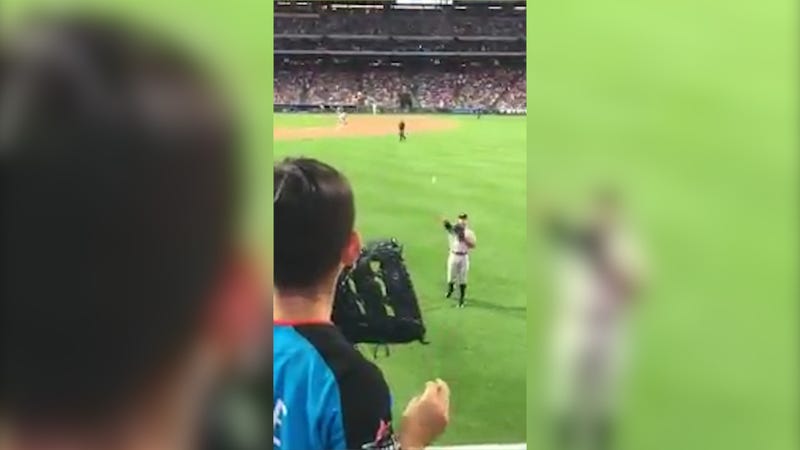 This was one young boy's game of catch that he'll remember for the rest of his life!

10-year-old James Payne was sitting front row at a Yankees-Phillies game with his dad Chris, when he made friends with an all-star.

While Yankees outfielder Aaron judge was on the field, the famous slugger started to play catch with James. The two went back and forth during the game, in what was probably the coolest game of catch ever.

Aaron even joked that the kid had a better arm than he did! What a homerun day for both of them!