As the 2010s wind down, WFNZ's Zack "Preppy" McGee ranked each of the Super Bowl Champions from this decade. While all were obviously excellent teams, some were more dominant than others. 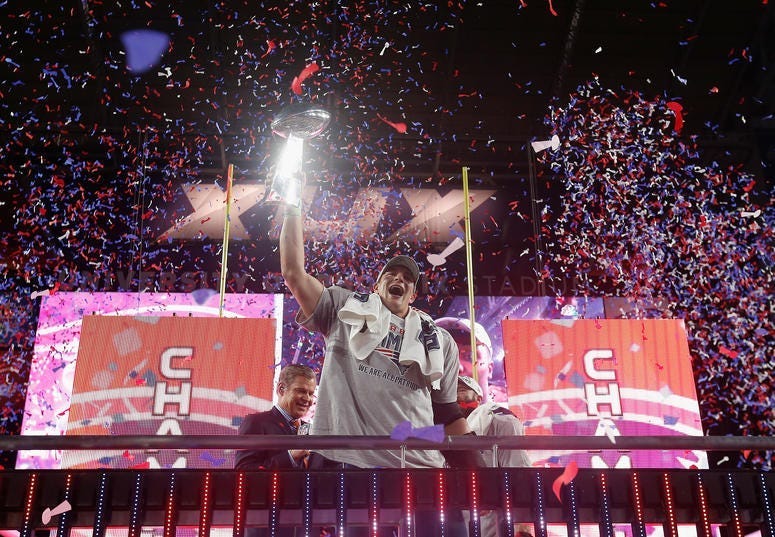 This team ranks No. 10 because there is good reason to think that they shouldn't have won this game at all. The Patriots beat the Seahawks 28-24 in a back-and-forth game that we will all remember for the Seahawks not running the ball on the 1-yard line. Rather than handing the ball to Marshawn Lynch for the game-winning touchdown, Russell Wilson threw the game-sealing interception to Malcolm Butler.

If Seattle had given the ball to Lynch instead, they would have repeated as Super Bowl Champions, and would probably be much higher on this list. 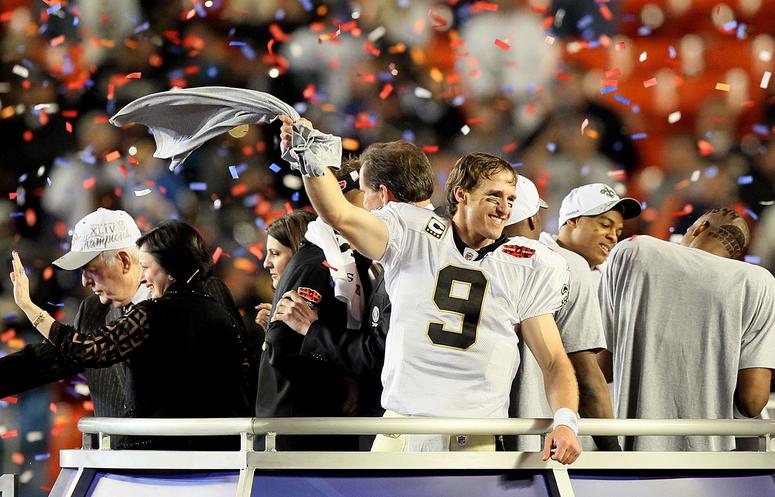 They defeated the Indianapolis Colts 31-17 after a game-clinching pick-six from Tracy Porter as Peyton Manning and the Colts were driving to tie the game.

One of the bigger plays of this Super Bowl was Sean Payton having the guts to start off the second half with an onside kick that the Saints recovered. This still remains the only Super Bowl Drew Brees has played in, which could change this season. 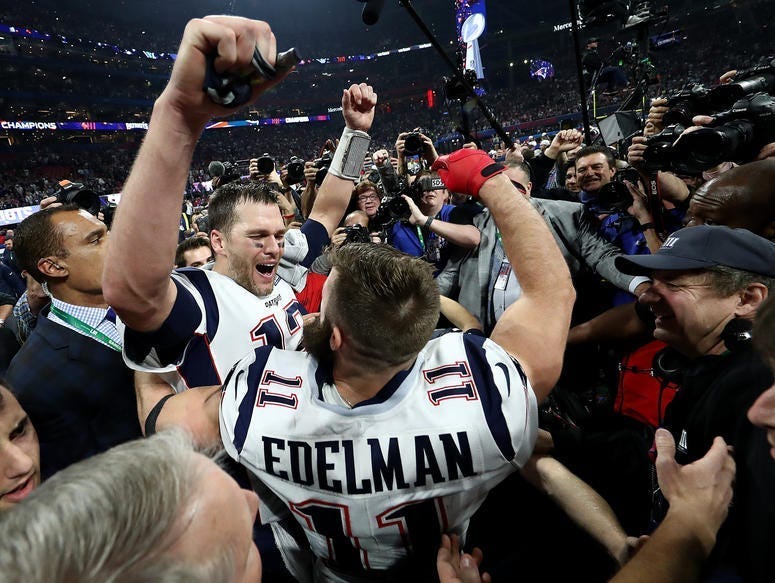 This Patriots team will most likely go down as one of the worst teams Tom Brady has led to a Super Bowl. They finished the regular season at 11-5, which got them a bye and the No. 2 seed in the AFC. 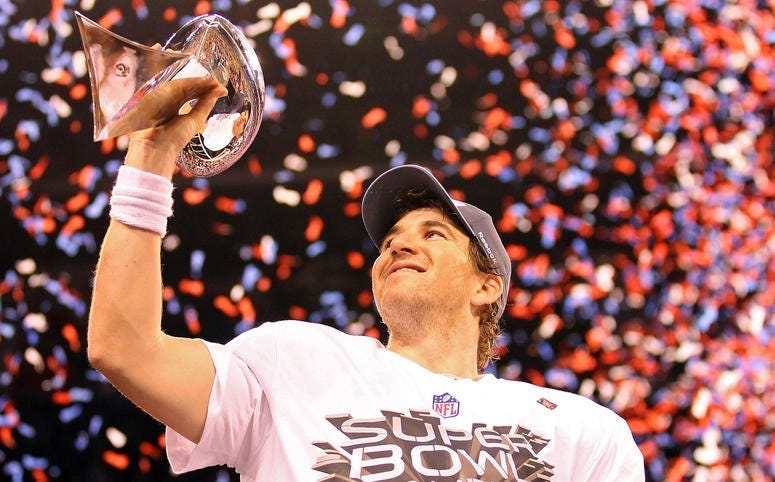 This Giants team was very good on both sides of the football.

After only going 9-7 in the regular season, the Giants beat the Atlanta Falcons, Green Bay Packers and San Francisco 49ers to advance to the Super Bowl.

Eli Manning had great offensive weapons with Victor Cruz, Hakeem Nicks, Mario Manningham and Ahmad Bradshaw, among many others. The Giants defense was also very stout with studs such as Justin Tuck, Osi Umenyiora and a strong secondary.

They were able to take the lead in the game after a crazy sideline catch by Mario Manningham that propelled the Giants to beat the Patriots, 21-17. 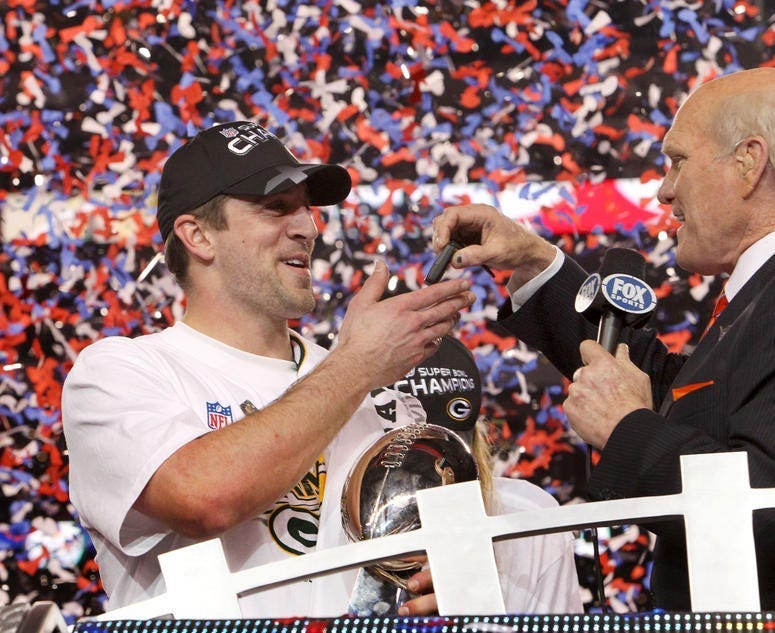 Aaron Rodgers became one of the greatest quarterbacks of all time this decade. Photo credit (General Motors via Getty Images)

This Packers team was the only team from the decade to be a No. 6 seed in the playoffs and win the Super Bowl.

Led by Aaron Rodgers, this team was very tough on both sides of the football. With a strong group of wide receivers featuring Jordy Nelson, Greg Jennings and Donald Driver, this team had plenty of firepower for Rodgers to work with.

The team defeated the Pittsburgh Steelers 31-25 to win the first Packers Super Bowl since the 1990s. 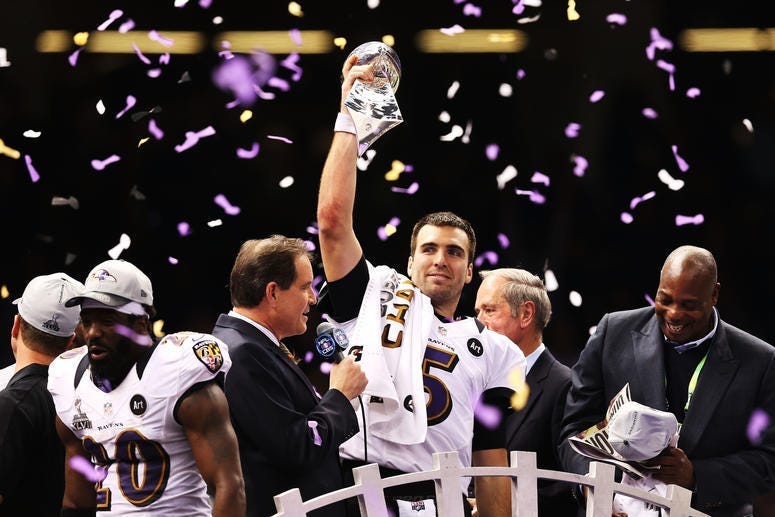 This Super Bowl team was almost too good to be true. The Ravens' leader, Ray Lewis, announced prior to the postseason that he would retire at the conclusion of the year.

As it turned out, the conclusion included confetti.

Joe Flacco was incredible for the Ravens during this playoff and Super Bowl run, as the Ravens ended up taking down the 49ers (after a power outage), 34-31. 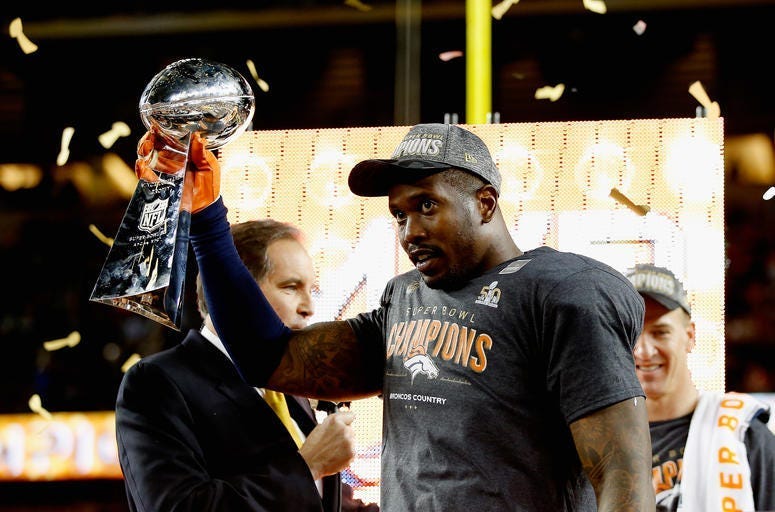 This team was all about the defensive side of the ball.

Peyton Manning, who is without question one of the greatest quarterbacks of all time, had deteriorated physically in what turned out to be the final season of his career. This team relied on Von Miller and other defensive members to lead them to their first Super Bowl title since the John Elway era.

They faced off in Super Bowl 50 against the league MVP Cam Newton and the Carolina Panthers, who had only lost one game all season.

Von Miller was able to smother Newton all game, as he strip-sacked him twice, leading to two touchdowns and Denver victory. 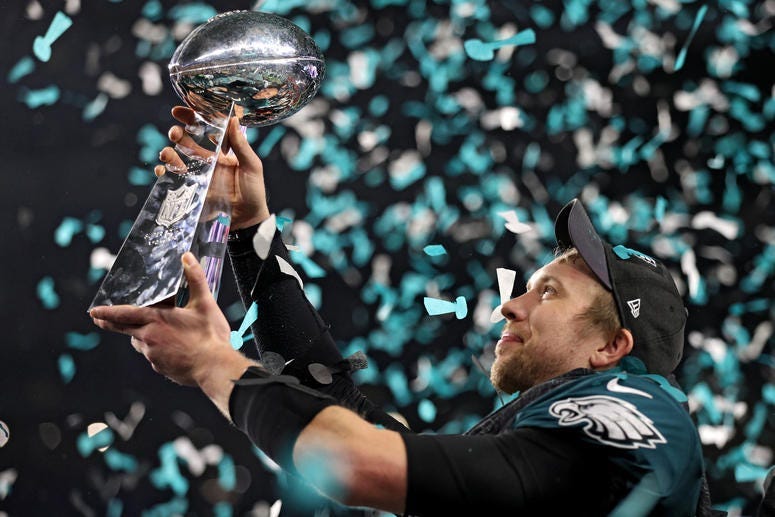 This Eagles team had a ton of heart.

After losing MVP front runner Carson Wentz to a torn ACL in Week 14, it appeared unlikely that the Eagles would be able to capitalize on what had been a magical season.

They still managed to get the No. 1 seed in the NFC, and beat the Atlanta Falcons and Minnesota Vikings on the way to the Super Bowl.

Backup QB Nick Foles will forever remain a Philly legend for how he played in the playoffs as well as the Super Bowl. Foles was named MVP after throwing for 373 yards and 3 touchdowns in the Eagles 41-33 win over the Patriots. 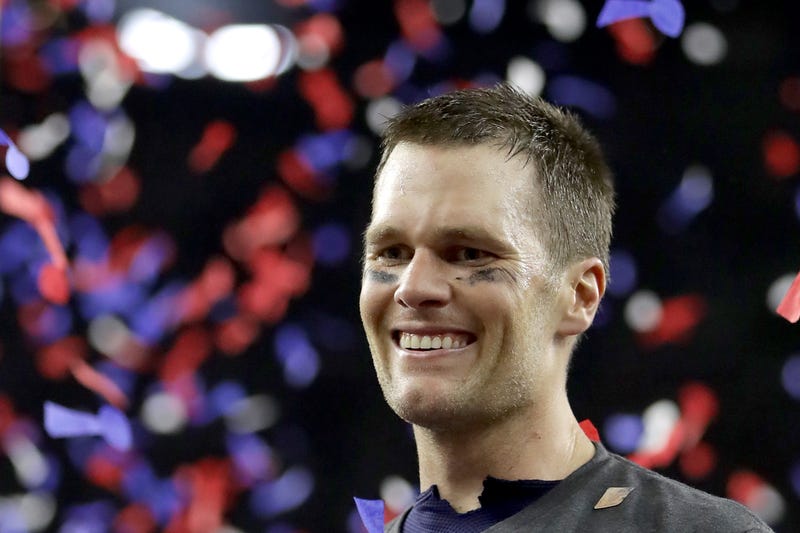 This Patriots team was maybe the most resilient team of the decade.

They were down 28-3 in the third quarter of the Super Bowl and were somehow able to come back and win, 34-28.

This was easily the biggest Super Bowl comeback and the first overtime game in Super Bowl history. This may be Tom Brady's defining moment in his career, and certainly, a moment the Atlanta Falcons never live down. 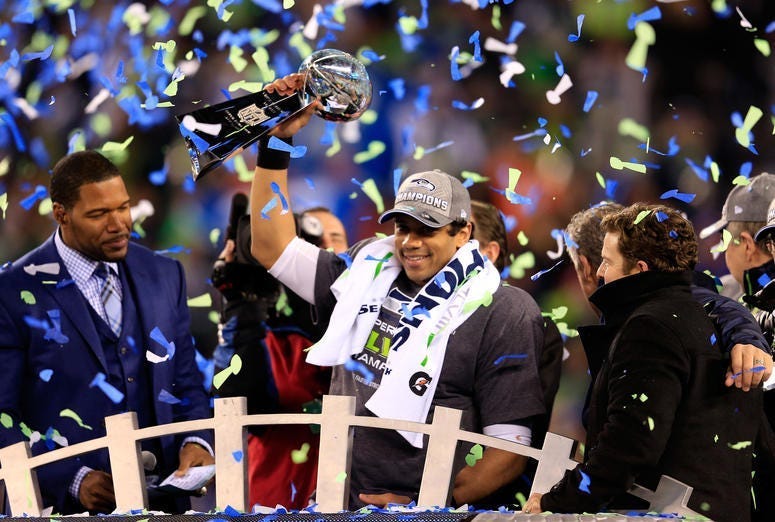 This was an easy pick.

The Denver Broncos came into this game with the highest-scoring offense in NFL history, and still only scored eight points to this Seattle team.

The game started with a bang as on the first offensive snap, the ball was snapped over Peyton Manning's head and recovered for a safety.

The Seahawks were overwhelmingly dominant in every part of this game, as they also got a kick return touchdown to start the second half from Percy Harvin.

The final score of this game was 43-8 and it really didn't even feel that close.