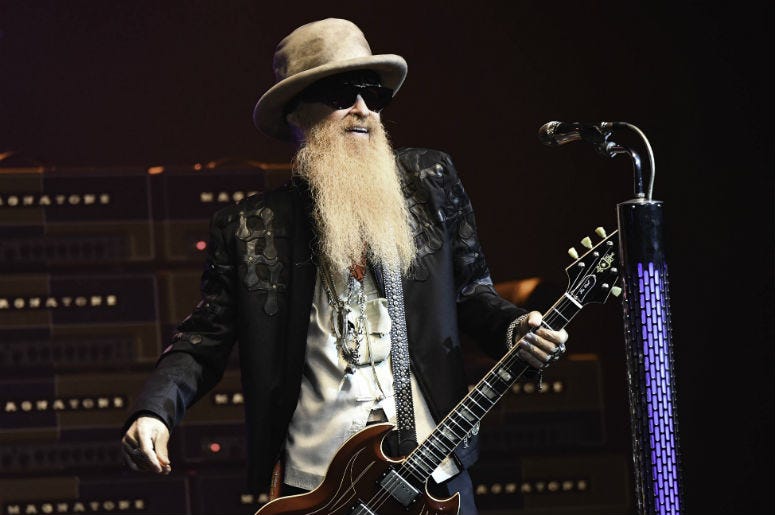 After his obligations with ZZ TOP are met (Vegas residency, Blues & Bayous Tour w/ John Fogerty), guitarist Billy F. Gibbons will not be taking it too easy...he's got plans for (hopefully) two album releases before the year is up.

His first project will be the follow-up to his first-ever solo outing, 2015's Perfectamundo, which saw the talented Texas guitar slinger reach back to his roots for an album of Cuban-inflected music (early in his career, Gibbons studied with Latin music icon Tito Puente) that he recorded with his band The BFGs. Gibbons & The BFGs also toured briefly and recorded and released a video of their visit to Cuba. Having satisfied his muse for his blend of "Rio Grande Mud and a Havana Moon," fans can expect the next solo outing to make a return to the bluesier roots that have been his hallmark for decades. In a recent interview with ABC News Radio, Mr. Gibbons remarked that fans were looking for a return to the blues.

The second planned release is sure to excite fans of Gibbons' earliest rock and roll efforts with the Texas psychedelic garage rock outfit The Moving Sidewalks. A 2013 reunion with The Moving Sidewalks to promote a new compilation set went well enough to warrant recording some new music with the group that Gibbons hopes will see the light of day later in the year. Rock on, Billy F. Gibbons!