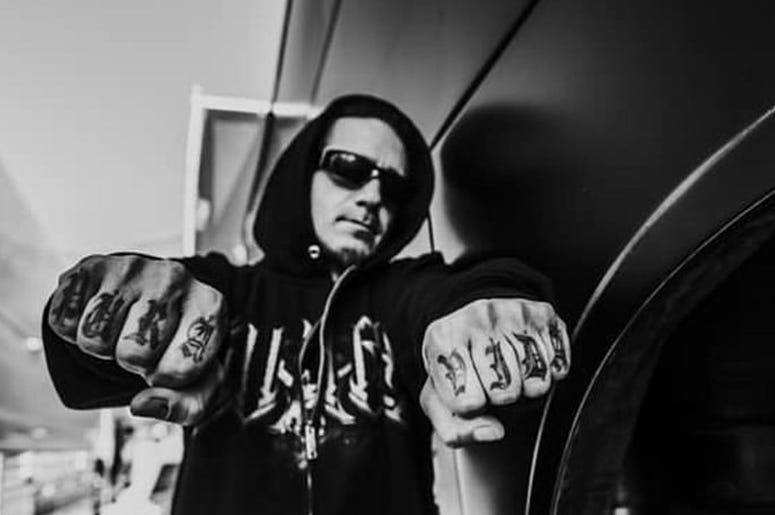 Veteran drummer and band leader "Zeb" has been playing music since he was 8 years old. He got turned on to reggae through his brother and the rest is history from forming the legendary Detour Posse the one of the premier backing band on the west coast, to playing with Barrington Levy for 18 years, to doing Hollywood Soundtracks, to touring Sean Paul and Tribal Seeds (new single and album in the works) to producing with Slightly Stoopid to working on a fresh solo project. Jamey Dekosky is a real as they come and another real general in the World Wide Reggae Movement. We talked about the all that and the highlights of his career including playing for 80,000 in Yokahama, Japan.

Los Angeles native Jamey “Zeb” Dekofsky started his wildly successful drum and percussion career when he was just 8 years old. Way before he was working with Grammy-winning producers and backing world-famous artists like Shaggy on The Tonight Show, he was a passionate 10-year-old playing multiple instruments in percussion ensembles around LA, as well as gigging with local punk and classic rock bands.

Shortly after attending a performing arts high school in California, he almost immediately found himself on tour in Europe and Jamaica with Mikey Dread, H.R. from Bad Brains, and hand-drumming specialist Ras Michael. By the time he arrived home from this tour, his career began to skyrocket.

He had the privilege of performing drum and percussion sessions for Grammy award winning songwriters like Diane Warren (Aerosmith, Leann Rimes), and worked with top producers like Ashley Ingram (Des'ree), Randy Jackson, and Fabian Cooke ("Lion King" soundtrack, Ziggy Marley). In 1994, he joined and helped form the band Detour Posse, which has since become the premier backing band for International Reggae artists in the United States.

With them he backed over 100 international and reggae hip hop artists, and toured over 60 countries. Some of the biggest artists they played with include Sean Paul, Shaggy, Gregory Isaacs, Barrington Levy, Kat De Luna, Heavy D, Yellowman, Gyptian, and Kymani Marley (among many others - see full artist backing resume under "News" section.) They also had the massive privilege of playing huge venues and festivals around the world, such as the Greek Theater, the Hollywood Bowl, Central Park New York, Madison Square Garden, San Diego Sports Arena, Seattle Bumbershoot Festival, Tobago Jazz Fest, Brixton Academy (London), and the Long Beach Arena.

Some of the biggest highlights of Zeb’s career include playing in front of over 55,000 screaming fans at Yokohama Stadium in Japan, playing percussion with Paulina Rubio on the Balon de Oro (a FIFA event seen by 60 million people), touring through New Zealand, Australia, Colombia, Costa Rica, Hawaii, Canada and the Caribbean, headlining enormous festivals like Austin City Limits Music Festival in Texas with reggae legend Barrington Levy, and even sharing the stage with Stevie Wonder in LA. In 2011, he performed with Grammy-winning artist Shaggy on "Lopez Tonight" (George Lopez show on TBS) playing the song "Sugarcane", and again in 2012 on "The Tonight Show with Jay Leno" (NBC), performing the song "Dame."

Zeb is not only proficient on the kit, but also in world percussion. He acted as the musical director for international Latin Pop star Kat De Luna (GMB/Universal), and was responsible for both drum and percussion parts, as well as running loops and samples. He’s stayed extremely busy, playing well over 250 shows a year with various artists, sometimes even multiple ones on the same bill. He’s become a seasoned veteran in the business, and is much sought after not only on drums and percussion, but also as a dancehall reggae vocalist. He’s had song placements in HBO's original movie "Thick as Thieves" with Alec Baldwin, MTV's hit show "Laguna Beach", and the movie "Resident Advisor."

In addition to his extensive touring and accomplishments, he had the awesome opportunity to work on some songs with California jam band superstars Slightly Stoopid (including “Hold It Down” from their album Meanwhile… Back at the Lab), as well as a song with UB40. He also recorded on a single with Apl.D.Ap from the Black Eyed Peas, that became the theme song for the Philippines Tourist Board.

Never letting his momentum down, in 2016 he joined world-renowned reggae-rock band Tribal Seeds, and recorded on the chart-topping Roots Party EP, as well as the single “Rude Girl”. Fresh off a recent US tour with Steel Pulse and Ziggy Marley, playing in front of tens of thousands of people at some of the biggest festivals in the world (like Life Is Beautiful in Vegas), and sharing bills with bands like Portugal. The Man and Schoolboy Q at Grizzly Fest, Tribal Seeds is playing on another massive tour this summer with Slightly Stoopid, Matisyahu, and Hirie. In between regular tour dates they'll be playing the world-famous Cannabis Cup in Amsterdam, and Summerjam festival in Germany, all while recording their new full-length album slated for release later this summer.

On top of Tribal Seeds’ extensive tour schedule, he’s also working on his own solo EP (featuring some of the biggest names in the American reggae market), which is also slated for release later this year. And as if all that doesn't keep him busy enough, just as important to Zeb as playing music, is his ambition to give back to the drum community. He’s currently in the process of starting a primarily reggae drummer’s forum to inspire, teach, and share pro tips with people.

Looking at his staggeringly large list of accomplishments and credits at this relatively early point in his career, the sky's the limit for him as he continues finding new ways of spreading beautiful music to hundreds of thousands of people around the world.