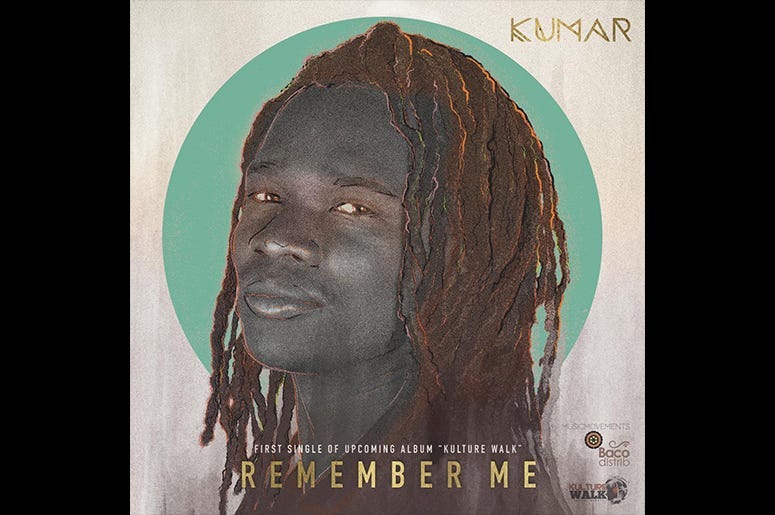 Kumar is a singer, songwriter and producer well known for his outstanding vocal ability. In his recordings he easily flows from deep roots reggae to soulful pop exemplified in the upcoming album. His new music reinforces his diversity as an artiste seeking to learn and to capture all that he can within his art form. The single “Remember Me” is written by Kumar and co-produced by Kumar and Jahvanie “Weekday” Morrison of Tru Ambassador. He has been promoting this song for a while, and received very positive feedback when he performed it recently in Jamaica at Reggae Month events.

Check out the video

“Creating this song was a fulfilling experience. My very good friend and producer extraordinaire Jahvanie Weekday came up with the idea for the music and immediately the lyrics came to me. No one wants to feel left behind or feel like they give constantly but don’t receive anything back from others. This song means a lot to me and relates to many others ... I am just another voice encouraging them and us that life can be more beautiful and rewarding. Remember me, remember you, remember love.” Kumar Bent

The “Kulture Walk” album is scheduled to be released on May 1st, 2020. There are 13 tracks on the album, with a variety of musical styles including features with M1 “Dead Prez “(USA), and Agent Sasco (Jamaica). Co-Producers on the album include Robert Livingston (Big Yaad /Jamaica), Clive Hunt (Jamaica), Walter Bonnet (Italy). Notis and Budwise productions also contributed to the album which was mixed by Gregory Morris (Jamaica). Executive Producers of the album are Kulture Walk Music Group and Musicmovements, and it will be distributed by Baco Records and available on all major digital platforms.

sports
Former Falcons GM opens up about 'surreal' dismissal: 'I was watching my firing'
sports
Tedy Bruschi: Antonio Brown should avoid Patriots because they're 'not very good anymore'
sports
Joe Namath could see Jets drafting 'marvelous' Lawrence, trading Darnold
sports
Aaron Rodgers once showed up to a frat mixer and serenaded the sorority queen
music
Tegan and Sara’s memoir is getting turned into a TV show
sports
Multiple teams reportedly interested in Antonio Brown, including Seahawks