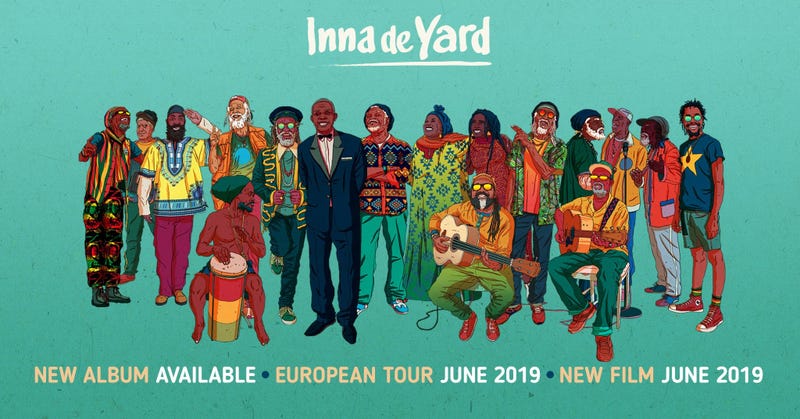 Reggae Icons like Cedric 'The Congos' Myton and Horace Andy jam Inna De Yard - in the open air. Ken Boothe brings his own 'Everything I Own' and also adapts the little tune of 'The Godfather'. Also on the album are Kuddus I, Winston McAnuff, The Viceroys, and Judy Mowatt & Jah9 inna combination for the classic "Black Woman".

Up in the mountains above Kingston, Jamaica, there is a recording studio and it’s outside – the musicians performing on a balcony in a house overlooking the city.

The recording was set up as a documentary for a french producer and will be at the Tribeca Film Festival.

Check out these videos.