Tim Witherspoon Jr., the son of two-time world heavyweight boxing champion Tim Witherspoon, dropped out of Pennsbury High School when he was in 11th grade to pursue a career as a lightweight and welterweight boxer. He retired after 10 years, and now he's putting his passion into Witherspoon Boxing and Fitness in Bristol Borough.

His goal is to help kids overcome obstacles in their lives.

Witherspoon says when parents bring a troubled child to his gym, nine times out of 10, they find a solution. 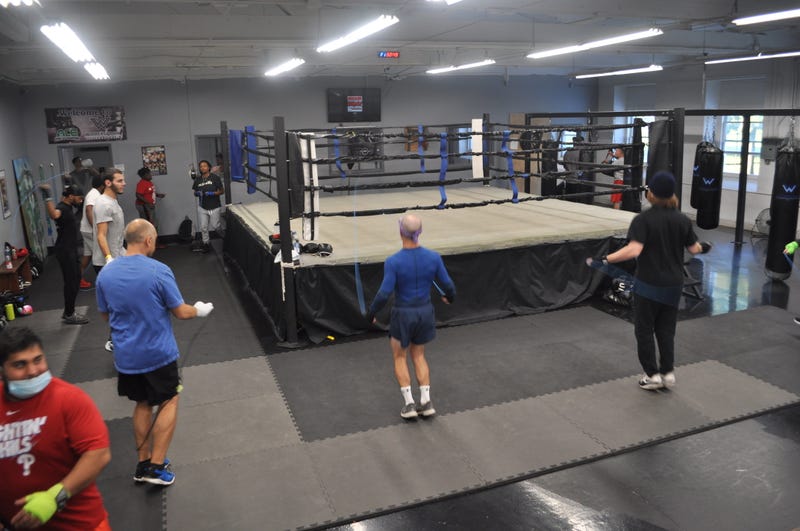 "We’re really trying to build up these children’s self esteem and let them know that people in the community do care about them, and also tap into some of their talents," he said.

Witherspoon works with other business owners to provide scholarships for those who can’t afford a membership.

He says boxing gives children and adults an opportunity to make a commitment to themselves.

"In the boxing gym, there’s not really that much judging. We judge people on how much you put in, so we want these kids to come into a place where they see that 'Oh, I can get rewarded for hard work.'"

Witherspoon says he wants to be a role model for Black children, so they can see what they can become -- and for white kids.

"Some of these white kids that I train in boxing, I'm the first African-American person that they’ve met," he said.

Witherspoon also supports a local food pantry, he is partnering with Narcotics Anonymous on a future fundraiser, and he and his business partners award scholarships to local kids and adults.

He is currently working with a law firm to establish an SAT prep class for students of color.

"You never know, I might be the reason why some of these kids get into college. Now I'm in a place where I can do that for kids. Not just African-American kids, but they need it most now," he said.

He encourages anyone interested in providing a scholarship, or sponsoring an event for the community, to contact him through the Witherspoon Boxing and Fitness website, or on any social media platform.