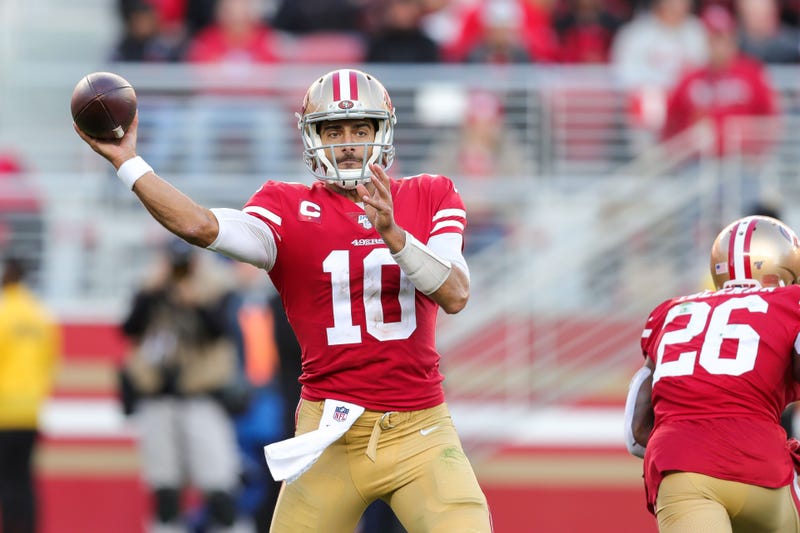 After falling short in Super Bowl LIV, Jimmy Garoppolo has suffered the slings and arrows. The San Francisco 49ers quarterback has been criticized, sometimes harshly, as a guy who simply can’t get it done.

49ers linebacker Kwon Alexander, however, has a message for the haters.

“Jimmy can get it done,” Alexander said on Tiki & Tierney. “He’s been having a hell of a career. I don’t see why nobody should have faith in him. I have all faith in him. The whole team have faith in him. We got his back regardless of any situation. We’re going to ride with him until the wheels fall off.”

Garoppolo, 28, spent his first couple of seasons backing up Tom Brady in New England before getting traded to San Francisco. He was limited to just three games in 2018 due to a torn ACL but played well in 2019. Garoppolo completed 69.1 percent of his passes for 3,978 yards, 27 touchdowns and 13 interceptions his first full season as an NFL starter, leading his team to an NFC title.

Still, the doubters persist. Why do they not believe in Jimmy G?

“I don’t know what they don’t believe, but I believe and that’s all that matters,” Alexander said. “As long as we believe in him, we don’t care about no outsiders. We got his back regardless. It’s a team game anyway, so everything isn’t going to be on him. It’s going to be on everybody to get the job done and do what they’re supposed to do. That’s what we’re going to do.”

The 49ers went 13-3 last year, ending a streak of four consecutive losing seasons. They held their first two playoff opponents – the Vikings and Packers – to just 30 points combined. In the Super Bowl, however, Patrick Mahomes and the Chiefs erupted for 31, including 21 in the final six-plus minutes of play.

Some wonder if the 49ers will fall victim to the dreaded Super Bowl hangover, but Alexander isn’t worried.

“We don’t really worry about what everybody else has to say,” he said. “We’re just going to stick together as a team. When we get back out there, we’re going to do the same things we were doing last year. We’re just going to have to buckle down to the small little things and get it back going and keep that same energy and that hunger, and we’ll get back there. . . . We’re the team to beat. We’re the team to beat, and we’re going to stand on that.”