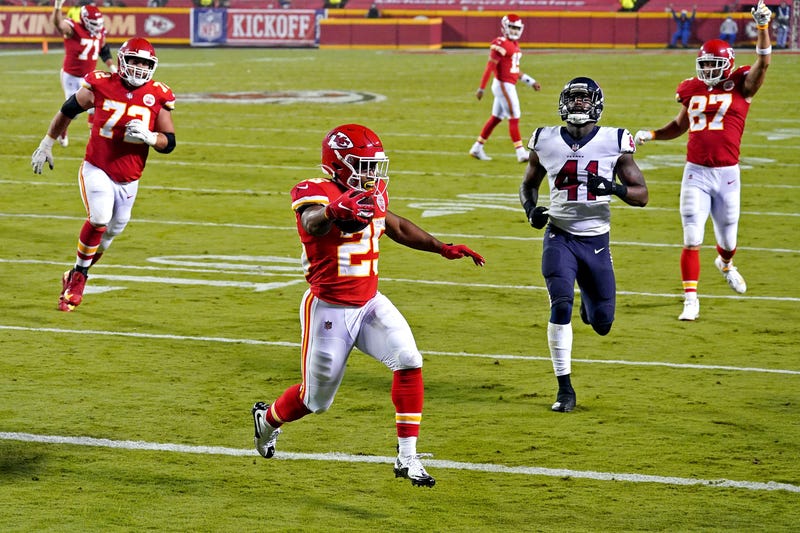 The Kansas City Chiefs won their season-opener Thursday, beating the Houston Texans, 34-20, at Arrowhead. Patrick Mahomes was solid – 24-of-32 for 211 yards and three touchdowns – but rookie running back Clyde Edwards-Helaire showed that the future is very, very bright in the Kansas City backfield.

Edwards-Helaire, a first-round pick, rushed 25 times for 138 yards and a touchdown in his NFL debut. His 27-yard touchdown scamper in the third quarter gave the Chiefs a 24-7 lead and essentially iced the game.

“You don’t see rookies in that position with this type of team and these weapons step up in the fashion that he has,” Chiefs Radio color analyst Danan Hughes said on After Hours with Amy Lawrence. “There’s some room for growth. He can be better at the goal line [and in] short-yardage situations. In the open field, he did an outstanding job. He didn’t have a catch today, but I’m sure they’re going to focus on him being more active in the pass game as well.”

As Hughes noted, Edwards-Helaire was stuffed near the goal line a couple of times, but the LSU product should improve in that area as the year progresses. He will also be utilized more in the passing game, but the usual suspects starred against Houston, as Travis Kelce, Tyreek Hill and Sammy Watkins combined for 18 of Mahomes’ 24 completions.

“This was a running back-heavy draft,” Hughes said. “You had [D’Andre] Swift from [Georgia]. You had the other running backs around the NFL wondering who was going to be the top two, three, or four picked. Credit to [general manager] Brett Veach, the scouting staff of the Chiefs. They recognized something about him [and] not only knew he could be an asset and he could be a playmaker, but he could fit with the team – and that dynamic cannot go overlooked.”

Edwards-Helaire wasn’t the only Chiefs rookie to have a quality NFL debut. Safety L’Jarius Sneed, a fourth-round pick out of Louisiana Tech, intercepted Deshaun Watson in the closing seconds of the third quarter.

“You didn’t know what you were going to get from rookies, and these guys stepped up in great fashion,” Hughes said of Sneed and Edwards-Helaire. “They look like they belong. They just look like they belong on the field. That’s got to be an extra benefit that Andy Reid is proud of.”

The Chiefs (1-0) play their next two games on the road against the Chargers and Ravens, respectively. Kickoff against Los Angeles is slated for Sept. 20 at 4:25 p.m. ET.