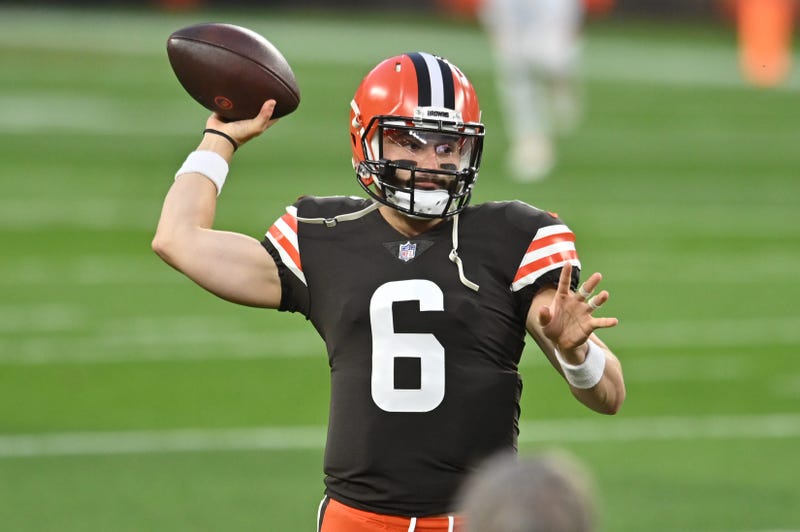 After suffering the most lopsided loss in the NFL in Week 1, the Cleveland Browns got their first win of the season Thursday, this after beating Joe Burrow and the Cincinnati Bengals, 35-30, in prime time.

It was a strong bounce-back performance for Baker Mayfield and the Browns, not to mention a much-needed win.

“Baker said after the game that for sure, it is absolutely a confidence-booster for them,” Browns beat writer Daryl Ruiter said on After Hours with Amy Lawrence. “Kevin Stefanski, being the calm, cool, collected coach he is, said, ‘Hey, we’re not riding the wave. One game at a time. We’re not getting low when we lose, and we certainly aren’t going to get too high when we win.’ But listen, considering how bad it was in Baltimore – and it was bad – to come back four days later and put up 35 points [was impressive]. I know it’s against the Bengals, but it’s still a divisional opponent. Joe Burrow is the No. 1 pick in the draft, the hot name everyone wants to talk about. To come back and get your collective stuff together and put together a win, I think it speaks volumes for this football team.”

The Browns mustered just six points in Week 1, ultimately losing to the Ravens by 32 points. Thursday, however, was a different story. Mayfield finished 16-of-23 for 219 yards and two touchdowns, including a 43-yard strike to Odell Beckham Jr., while Nick Chubb and Kareem Hunt ran wild on Cincinnati. That duo combined for 32 carries for 210 yards (6.6 yards per carry) and three touchdowns.

The Browns scored 35+ points twice last season – and just once in their previous 13 games.

“That is exactly what we expected from this offense,” Ruiter said. “What we saw in that win over the Bengals, that’s how it was drawn up: Baker Mayfield making throws on the run, play-action, Chubb and Hunt [as a] 1-2 punch, [an] explosive play with Odell Beckham Jr. – you could not have drawn it up any more perfect than what we saw Thursday night.”