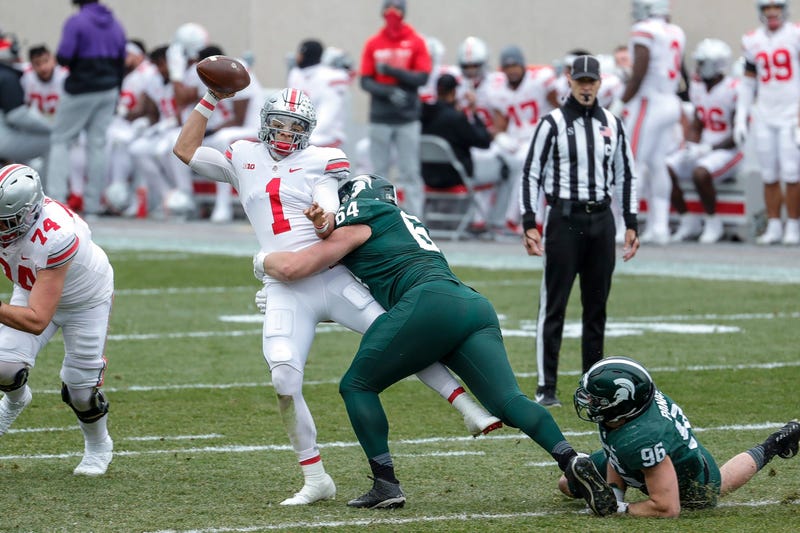 The College Football Playoff committee released its penultimate rankings Tuesday, with the top five teams unchanged heading into Championship Saturday. Alabama (10-0), Notre Dame (10-0), Clemson (9-1) and Ohio State (5-0) are ranked one through four, respectively, with Texas A&M (7-1) sitting at No. 5.

“As much as I thought that Ohio State needs to play in the Big Ten Championship and they need to amend the rules and all that stuff to give the Big Ten the best chance to get in the final four, I don’t agree that they should be No. 4,” Leber said on After Hours with Amy Lawrence. “I’m not sure how they’re looking at the totality of all these games. I don’t think that they watch all the games, and I don’t know how you fix that. Do you go back to another hybrid model where you incorporate other voters that are outside this committee? It seems a little muddy, and I know it’s always going to seem muddy up until we increase the playoff pool.”

Only seven different programs have made the playoff in the last three seasons.

“I know it’s a sticking point for a lot of people, and I know in college football it does seem very top-heavy,” Leber said. “There might be some sexy names in there and sexy teams, but it does end up being kind of top-heavy. So that’s always the pushback: ‘Why would we need eight teams? The eighth team is never going to win.’

“But if you start playing these games and a guy gets nicked up and it becomes a battle of attrition, who knows?” Leber continued. “Cincinnati could go in there and shock somebody or BYU could go in there and shock somebody. I know that they lost, but these teams outside the Power Five could at least get an opportunity and make it more compelling and have less of an argument as far as who’s No. 4 and who’s No. 5. I think they just have to expand it, and that’s the only way you get rid of some of this stuff.”