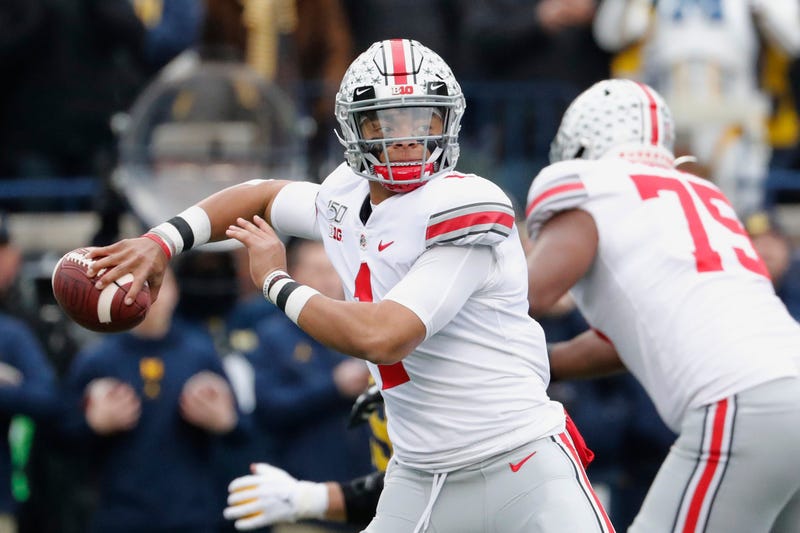 Several conferences, including the Big Ten and Pac-12, have canceled fall sports with hopes of playing football in the spring. There’s just one problem with that.

The details of this hypothetical spring season – or anything relating to it – haven’t been disclosed.

“The biggest thing is there’s no plan moving forward,” former Ohio State linebacker and current Big Ten analyst Joshua Perry said on After Hours with Amy Lawrence. “They get the news that the season is postponed until spring, but if you’re a senior, you don’t know what your eligibility situation is going to be, you don’t know what a spring season looks like – you don’t know what the next day moving forward is going to be in terms of working out, in terms of getting back to classes, in terms of all the protocols they thought they were going to be following if they were heading into a season. All of that has now disappeared. I think it’s really how quickly all of this was thrust upon them and just the situation of not knowing that’s really frustrating to these players – outside of the fact that they can’t play the game that they love this fall.”

When it was clear the fall season was in jeopardy, Ohio State quarterback Justin Fields, as well as numerous teammates and college football players around the country, took to social media and started a #WeWantToPlay campaign.

Did university presidents simply not care about what the players thought or wanted?

“I think the reality of the situation is that they were heard but they weren’t listened to,” said Perry, who helped Ohio State to a national title in 2014. “I think there was an overwhelming awareness about this ‘We Want to Play’ movement – and there were some very prominent names thrown in there. It was understood to a certain degree that the players felt like they could go out there with the protocols that were in place and they were very comfortable with them. They felt like if students were coming back to campus there would be no difference in that situation and then the players being able to go into the facility and go to practice and then compete in games. But the reality of the situation is everybody kind of heard that, but they really didn’t listen to them.”

It was a frustrating feeling for Fields and others – a feeling that likely won’t dissipate any time soon.

“I think there’s two sides [to this],” Perry said. “Student-athletes are frustrated in general because they’re not typically listened to, and this was really a big push that was picked up by everybody – media, college football fans. So there’s that part of it. But the other part of it – and I think it’s valid – is even though these athletes are masters of their own experience, the doctors are really the ones who understand the coronavirus pandemic. That information has to be valued, too. It was going to be a tough one for these athletes to use their voice just because of the state of the pandemic, but at the same time, you just feel like they weren’t really considered.”