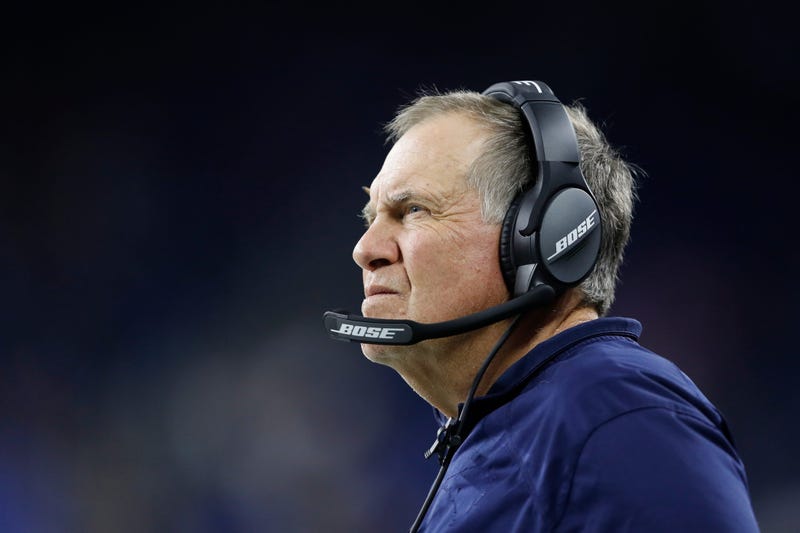 The New England Patriots did not take a quarterback in the NFL Draft and, thus far, have been quiet in free agency. Does this mean they’re preparing for a mediocre, sub-.500 season and rebuilding for 2021?

“I cannot see Bill Belichick saying, ‘Yeah, I’m cool with 7-9 or 6-10,’” Yahoo Sports NFL Draft writer Eric Edholm told JR SportBrief. “I think he’s going to, if anything, try to win and do so with this question mark of a fourth-round pick last year in Jarrett Stidham. Or Brian Hoyer wins the job and they try to win games 17-13. I get everybody’s trepidation. I think there’s still a possibility that an Andy Dalton or somebody like that comes free and they can bring him in if they want to. But I’m not expecting it, either. Their draft approach always throws us for a loop, so it’s hard to kind of question their methods, even if obviously they don’t always work out.”

“It’s hard to really glean much from what we saw last year in the preseason,” Edholm said. “Belichick keeps talking about everything he did during the year in practice that we never saw. It’s hard to really know. He looked pretty darn good [at Auburn], but his last year, he just really took a step back. Other people that have nothing to do with Jarrett Stidham have told me, ‘Look, this was not a good system fit for him.’ Once Gus [Malzahn] kind of reclaimed the play-calling duties in the bowl game, they had more touchdowns in the bowl game than they had the three previous games. It was like a night-and-day change.”

Stidham threw for 373 yards and five touchdowns in a 63-14 win over Purdue in the Music City Bowl in December 2018.

“That game, he was impressive,” Edholm said. “It was really hard to put more than a fourth-round grade on him, though, because of the ups and downs. It would be an incredible story obviously if he were to flourish. If he doesn’t, it’s the first time we’ve seen bad quarterback play in New England since Matt Cassel for a few starts. It’s been a while. Im fascinated to see what they do.”