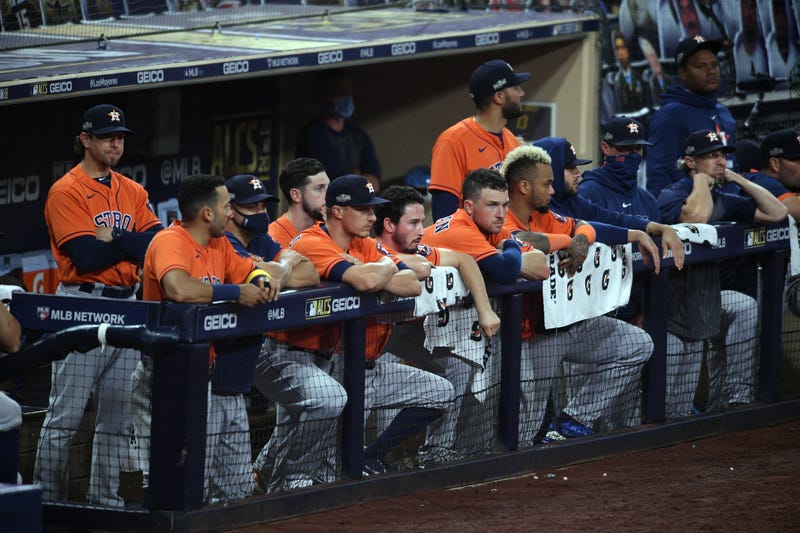 From finishing the regular season with a losing record to falling one game short of the World Series, the Houston Astros were Public Enemy No. 1 in baseball this season – and fans had a lot of fun with them.

“I think they were punished by the jury of social opinion,” former MLB manager Bobby Valentine told JR SportBrief. “I think that people have frowned upon them getting busted. But I think there’s also some kind of poetic justice. . . . Just the fact that they were found guilty in public opinion, they were punished somewhat – their coach and manager weren’t allowed to participate this year – I think is a little bit of poetic justice, that it will go away.”

The Astros, of course, were one of the most successful teams in baseball from 2017-19. They reached the ALCS every year, won the World Series in 2017 and played in another Fall Classic in 2019. Unfortunately, they cheated.

Valentine doesn’t think they were alone, either.

“In my heart of hearts, I can’t believe that a) they were the only team doing it and b) that they were banging a trash can to notify the players,” Valentine said. “They’re telling me that they have this sophisticated system relaying signals from centerfield to the computer through the Internet – and then they’re getting that last link to the hitter by banging a garbage can? I’m not buying it.”

Valentine compared sign-stealing to the Steroid Era in that certain individuals – fairly or unfairly – were criticized more than others.