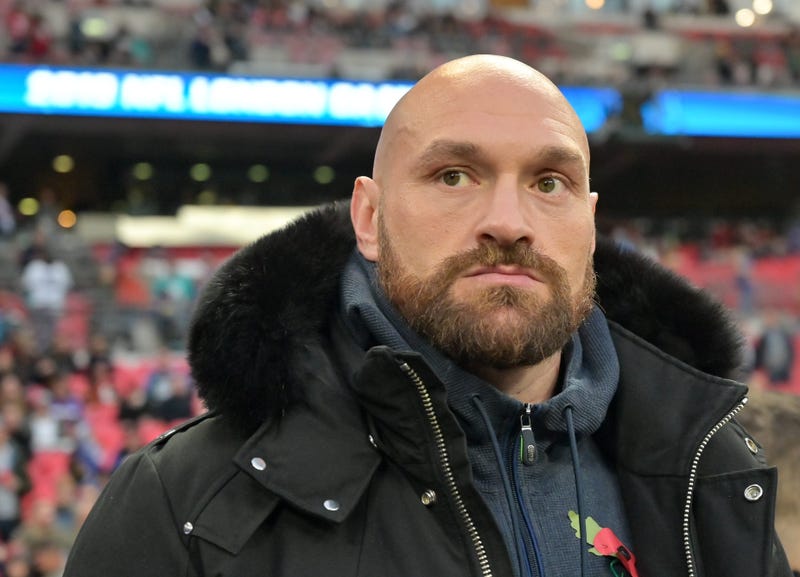 Tyson Fury, as you may know, is one of the most accomplished boxers in the world. What you might not know is that he struggled – and still struggles – with mental health.

“Tyson Fury has always struggled mentally,” Fury said on The Zach Gelb Show. “My whole life I’ve had anxiety and depression, even from being a little kid. I never knew what it was until I got educated around 2016. I always used to just suffer and grin and bear it and not talk about it to no on because I thought it was an embarrassing thing. I thought I was just one of those people who had these problems all the time.”

Then Fury had a mental breakdown and sought professional health. He was diagnosed with bipolar disorder and manic depression.

“It’s been a long, tough journey,” Fury said. “Mental health is a silent killer. It’s the biggest killer of men over 35 – bigger than guns, bigger than everything. Men over 35 are more likely to kill themselves than to die of anything else. Mental health is a real issue at the moment. . . . [I went from] from heavyweight champion of the world to 400 pounds and wanted to commit suicide, and then turning it back around again, back to the pinnacle of the sport again, within two years. That’s been a well-documented journey. It’s a journey that I wanted to write down and a journey I wanted to promote. I know how hard it is in life. Just that one little video or one little book or sentence you read or see someone say can help because I’ve been in that position and I’ve seen people talk and I think, ‘If that person can do it, so can I.’ I wanted to be one of those people.”

These days, Fury, 31, has a much better handle on his mental health. It wasn’t always like that.

“I used to wake up every day, and it was a gray day,” Fury said. “Even if the sun was shining, it would be gray. I used to pray to God at night to kill me. I didn’t want to live anymore for such a long, long time. When I look back on that period now, I think, ‘Wow, how low must have I been to be praying for death and to try to commit suicide?’ To be back here now promoting what I was going through, it’s a big honor for me to do that and to help others in the same need.”

Suffering from mental health issues does not make you a weak person, Fury reminded listeners. It just means you need to seek help and constantly work on yourself.

“I live a structured, routine life – and I know I have to live like that,” he said. “I train every day, I set goals and I achieve them, I hit targets that I set – that keeps me motivated. My medicine has been health and fitness: eating healthy, eating clean, drinking water and working out regular. It seems to have worked a real treat for me. It’s kept the demons away. But don’t get me wrong: there’s going to be times when you’re feeling down and you’re feeling low and you’re feeling depressed. Most Sundays, I have that feeling of anxiety and depression. I know that Monday morning, I’m going to go straight back to my routine of training in the mornings and cardio in the nighttime and eating clean again. I look forward to the week.

“I used to look forward to Friday afternoons, Friday evenings, because it was the end of work and everybody was off to the weekend,” Fury continued. “But now I look forward to Monday morning because I know I can get back on the grind again. I live that schedule lifestyle. It seems to really, really help.”

While Fury will always be known first and foremost as a boxer, he wants to be remembered for much more than that.

“Boxing is entertainment,” he said. “It’s a sport, and we entertain people for a living. But when you’re actually helping people and saving lives, I think that’s a bit more than sports. I believe the more people talk about [mental health], the more the stigma will go.”