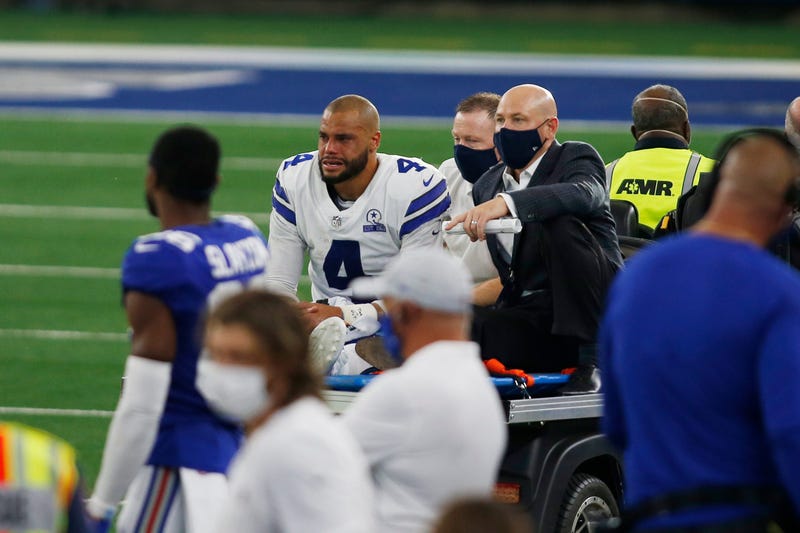 The Dallas Cowboys lost quarterback Dak Prescott for the season on Sunday, this after the 27-year-old quarterback suffered a compound fracture and dislocation of his right ankle. It was a devastating injury for Prescott, who was in the midst of a historic start to the 2020 season.

“I was truly heartbroken for Dak Prescott,” Brandon Tierney said on Tiki & Tierney. “Watching him go through that, crying, his ankle dangling – that was a rough one, man. I don’t care if you despise the Cowboys; you have to like Dak. He’s one of the good guys. The entire sports world felt that. That was awful.”

Prescott had successful surgery Sunday night, but his long-term future remains very much in doubt.

“You suspect that he’s going to recover and be okay,” Tiki Barber said. “But knowing how much this season meant to him specifically to him to prove Jerry Jones wrong that he’s the guy, it’s just not going to happen. You feel for him because of that. Very rarely do you see quarterbacks who have bet on themselves have disastrous outcomes like this."