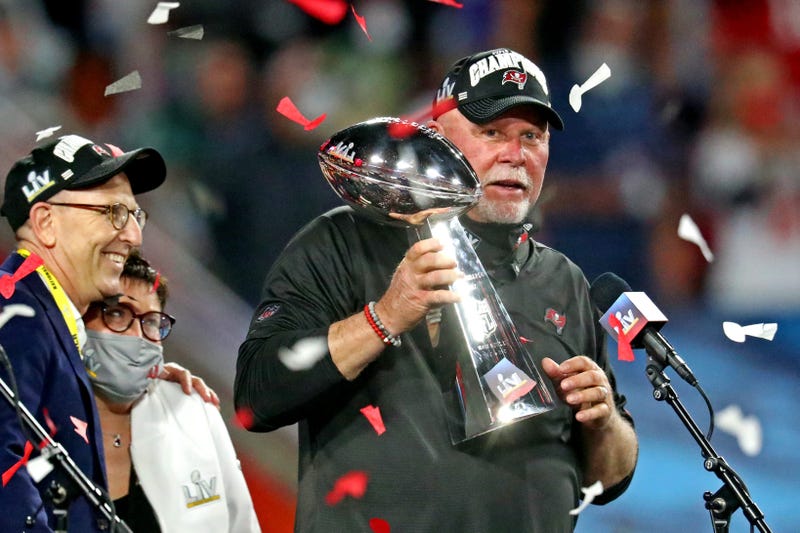 Bruce Arians won two Super Bowls as an assistant coach with the Pittsburgh Steelers, so he knew what it was like to hoist a Lombardi Trophy. But after winning one as a head coach Sunday – and becoming the oldest head coach in NFL history to do so – Arians, it is fair to wonder, may have been thinking about retirement.

“I point-blank asked him, ‘Now that you’ve won it this way at home, are you even contemplating’ – and he stopped me and said, ‘Nope, going to be back. We’re going for two,’” Buccaneers sideline reporter TJ Rives said on After Hours with Amy Lawrence. “You’re just thrilled for him. I can’t say this enough: he is tremendous with me and other members of the media when he doesn’t have to be, even after losses. [He’s] great to deal with.”

Former players, like Carson Palmer, have raved about Arians. He doesn’t always tell you what you want to hear, but he tells you what you need to hear. Some players can’t handle that, but many can – and they love him for it.

“You understand why his players want to play so hard for him,” Rives said. “Straight shooter, yes, but integrity, honor, a players’ coach – great for him that he gets the ring as a head coach.”