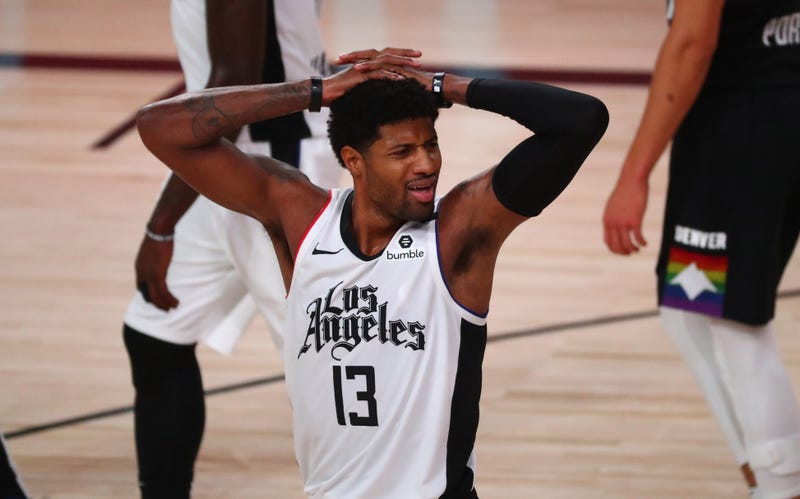 The Los Angeles Clippers were expected to contend for an NBA title last season. Instead, they didn’t even make it to the conference finals. The Clippers squandered a 3-1 series lead over the Denver Nuggets in the conference semifinals, as Paul George scored 10 points on 4-of-16 shooting, including 2-of-11 from three-point range, in Game 7.

Earlier this week, George claimed that former Clippers coach Doc Rivers misused him last season. True or untrue, it seems George might be better off taking Reggie Miller’s advice and looking in the mirror a bit when reflecting on his struggles.

Washington Post writer Candace Buckner, who covered George during his early days with the Indiana Pacers, shared her thoughts on the 30-year-old on Friday on CBS Sports Radio.

“I think I knew Paul at a point where he was still just Paul George,” Buckner began on Reiter Than You. “I think Paul is, at his core, just a good dude, cares about family, really cares about his mother, his father, and his sisters – he has a good core. Really cares about being that kid from Palmdale, California. But in the NBA, things change. It changes people.”

George spent the first seven years of his career with the Pacers. Then he played two seasons with Oklahoma City and just finished his first season with the Clippers.

A six-time All-Star, he has never played in an NBA Finals and hasn’t played in a conference finals since 2014.

“I think at his core, Paul is a simple guy,” Buckner said. “But he’s kind of got this crisis in trying to be what a superstar is supposed to be and how a superstar is supposed to talk and act and behave. He was getting to that point at the end of Indiana, like, ‘I have to take the last shot.’ Well, why, Paul? You haven’t made any game-winning shots in your career. Why are you taking the last shot? ‘Because that’s what superstars do.’

“So he was trying to navigate and understand just what that looks like for him, and I think unfortunately, he just takes the caricature of what a superstar is, and he started speaking in third person a little bit at the end of Indiana. I think he stopped that since then – besides calling himself ‘Playoff P’ when he was in Oklahoma City.”

George did not think this past season was championship-or-bust for the Clippers. He will try to lead the franchise to its first NBA Finals appearance next season.

“At [his] core, you take away the NBA, Paul George is a decent dude,” Buckner said. “But the NBA has its way of [changing you]. The lifestyle of it and the stardom of it, kind of the flash of it, has a way of just kind of confusing guys on who they are and what their role should be.”