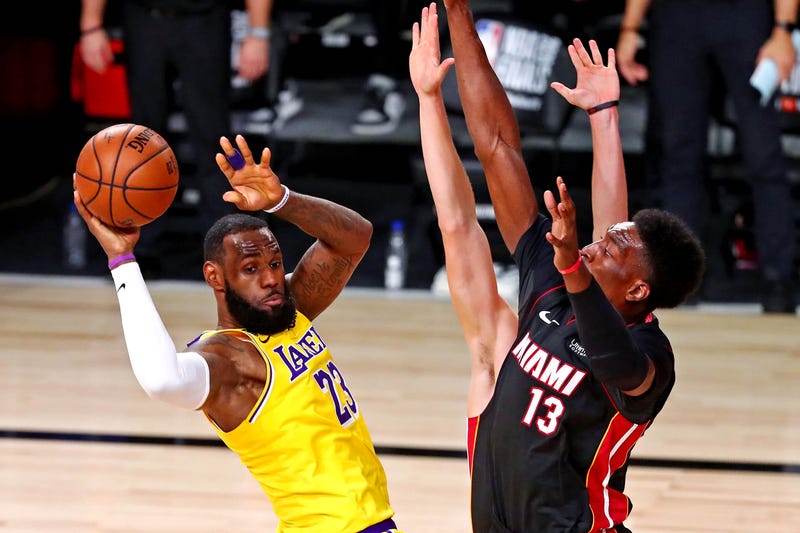 In July 2018, LeBron James signed a four-year deal with the Los Angeles Lakers, and many Lakers fans, believe it or not, weren’t happy about it. In fact, former NBA head coach Byron Scott says that many Lakers fans “were against it,” “didn’t like it,” and were “upset.”

Why in the world would Lakers fans not want LeBron in Los Angeles?

“A lot of people that were unhappy were big Kobe fans,” Scott said on Tiki & Tierney. “They just didn’t like the fact that LeBron was coming, and I don’t know that it had anything to do with basketball. That’s the thing about it. I know Kobe was very happy that LeBron came here. He was excited that LeBron was coming to wear the purple and gold. He also knew that LeBron being here would give the organization a chance to be back at the top of the mountain again.”

Bryant was right. LeBron has the Lakers three wins away from their first NBA title since 2010.

“It had nothing to do with basketball whatsoever,” Scott said of Lakers’ fans dislike for LeBron. “It was just the fact that you have a lot of people in Los Angeles that love the hell out of KB – Kobe Bryant – which is understandable, and they just didn’t want LeBron here.”

Scott, who won three NBA titles with the “Showtime” Lakers in the 1980s, was not one of those people. He was ecstatic when LeBron signed with Los Angeles.

“I love LeBron,” he said. “He will go down as one of the greatest players that’s ever played this game, if not the [greatest]. There’s going to be some debates on that stuff as well, but I was happy he came here and then you follow that up with AD [Anthony Davis]. Those fans who were disappointed, now they’re probably jumping back on the bandwagon. This is so big for the city of Los Angeles, especially for the Lakers organization. To be relevant again is huge. . . . [This is] one of the best franchises in all of sports.”

The Lakers dominated the Heat in Game 1 of the NBA Finals on Wednesday, leading by 32 points and winning 116-98. Even worse for the Heat, three starters – Jimmy Butler (ankle), Goran Dragic (foot) and Bam Adebayo (shoulder) – were injured.

“This series, when they win it – I’m not going to say if because I know they’re going to win this series,” Scott said of the Lakers. “Now there’s 17 championship banners that will be hanging up there, which ties the Boston Celtics. So it has a lot of meaning to this series that’s going on right now. I’m very proud to have worn that purple and gold and am excited about them getting back in the Finals. It’s been a while – 10 years since they won their last championship. That’s a drought for this organization. For a lot of organizations, that’s no big deal going that long. But for the Laker organization and the Laker fans, that’s a long, long time not to be relevant again.”