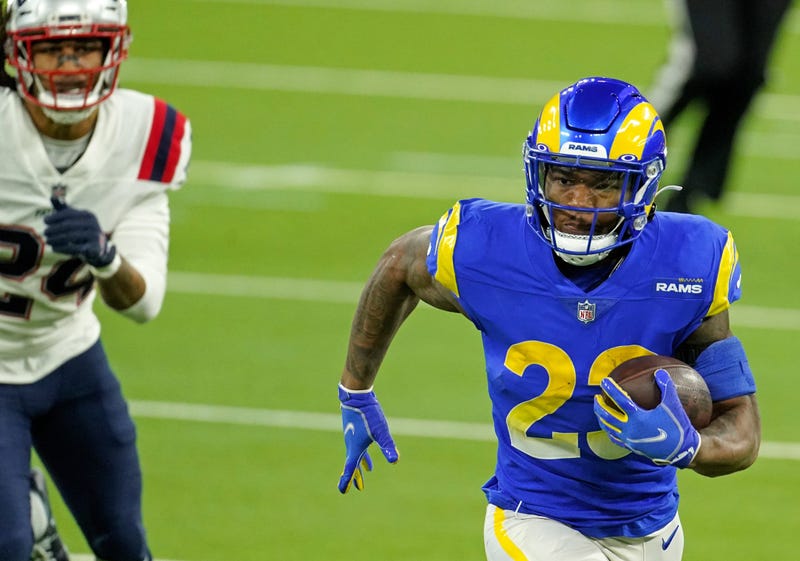 It was not a good night.

Which is why Thursday was so rewarding. The Rams flipped the script on the Patriots, limiting New England to three points in a 24-3 win. The Rams held the Patriots to 220 total yards, had a pick-six against Cam Newton and finished with six sacks.

In short, they dominated.

“I know for Sean McVay it has to feel good,” NBC LA writer Michael Duarte said on After Hours with Amy Lawrence. “I saw on his face after that Super Bowl loss when I was sticking a microphone in front of him just how hurt he was by that loss and scarred and wounded. He said multiple times after that Super Bowl loss, ‘I got out-coached by Bill Belichick.’ So to get a little bit of [revenge] tonight, I know it feels good to get this victory over them specifically. But the ultimate motivator is you’ve got your destiny in your hands, you’re tied for first place in the division, and you got to control that and make the playoffs and get as high a seed as you can entering into it.”

The Patriots had no answers for the Rams’ defense – or for Cam Akers. The rookie running back finished with 194 total yards, including 171 on the ground.

“That, to me, was so exciting to see, especially covering Cam all year long and talking to him personally since he got drafted,” Duarte said. “He had an amazing performance tonight: most rushing yards by a Rams rookie since Jerome Bettis in 1993. An amazing performance by him tonight, and if you’ve been watching Cam Akers over the last four or five weeks, you could see this coming.”

In his last three games, Akers has 59 carries for 327 yards (5.5 yards per carry) and two touchdowns.

“The more carries he gets, the more bulk of the workload he gets, the better rhythm he finds,” Duarte said. “And when he’s in a rhythm, he’s very, very hard to stop. Everybody who was so sad and worried about Todd Gurley being cut and released and going back to his hometown of Atlanta, I don’t see any of those people right now worried or in the streets talking about it now because Cam Akers looks like the heir incumbent there.”