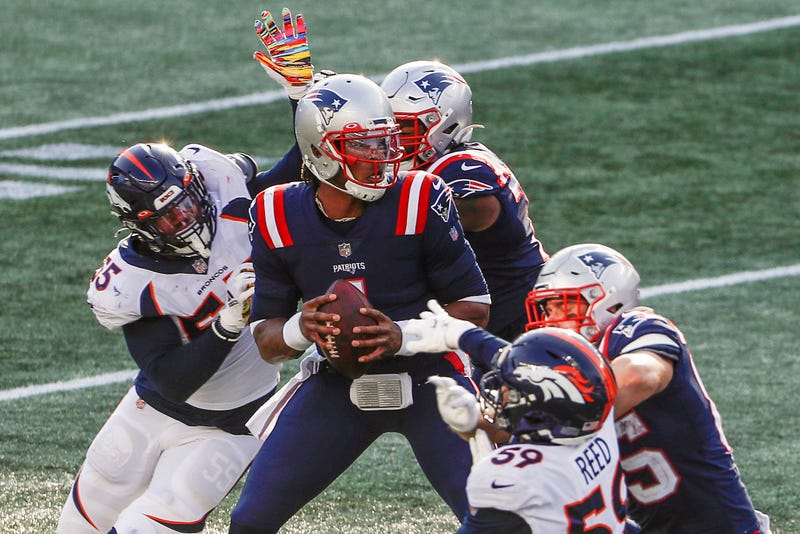 The New England Patriots looked out of rhythm against the Denver Broncos on Sunday, which is perhaps to be expected from a team that saw its typically laser-like routine completely upended by COVID-19. The Patriots held the Broncos out of the end zone but mustered just three points through three quarters, ultimately losing 18-12.

“We knew they were going to have some issues,” play-by-play announcer Kevin Harlan said on After Hours with Amy Lawrence. “I think Bill Belichick even knew during the week. He had never coached anything like this. None of these coaches have, but in particular Bill, who only had one full practice and then a walk-through on Saturday – and that was even tempered. We went into the weekend uncertain if the game was even going to be played because another couple linemen tested positive.”

Indeed, the Patriots practiced once in the last two weeks, as eight players landed on the COVID-19/Reserve list. With minimal preparation – and a quarterback returning from COVID – the Patriots looked sloppy Sunday, as Cam Newton finished 17-of-25 for 157 yards, two interceptions, two fumbles (zero lost), and four sacks.

“I don’t know how they were even able to operate, to be quite honest,” Harlan said. “This really gives credence to the importance of practice. You need to practice. You’ve got to get timing. You’ve got to be in that state where you’re in the playbook, into the plays, in practice, focused on the game all week long. You can’t just hodgepodge your way through a week and expect to play, even a team with the culture and the definition of the New England Patriots – and it showed today.”

Broncos quarterback Drew Lock, meanwhile, didn’t exactly set the world on fire, either. Making his return from a shoulder injury, Lock finished 10-of-24 for 189 yards and two interceptions, but he made enough plays to set up Brandon McManus, who drilled six field goals on the day, including a pair from beyond 50 yards.

“[Lock] probably wasn’t as sharp as he wanted to be . . . but Denver did not blink today whatsoever,” Harlan said. “The more competent team – the more focused team, perhaps – was Denver, and they came out of it with a win. Ugly game, but they won nonetheless, and this probably saved [their] season.”