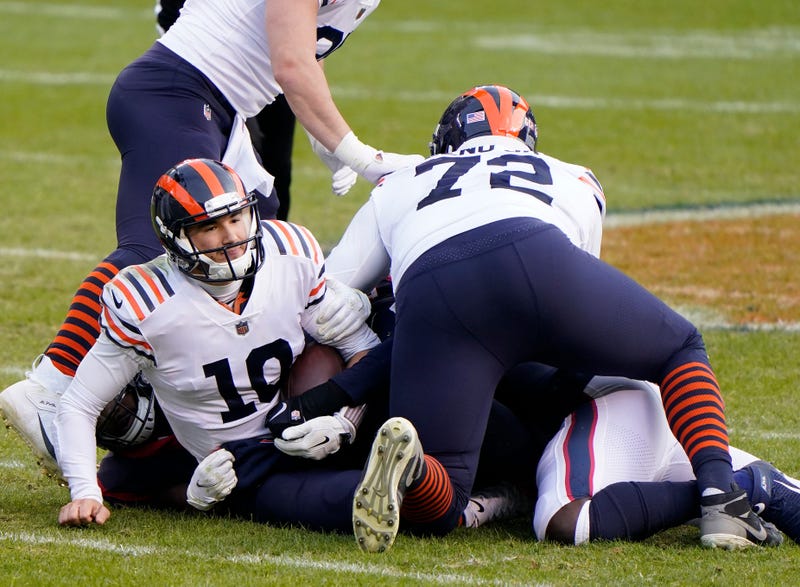 Mitchell Trubisky, it is safe to say, has not lived up to expectations as a former No. 2 overall pick. The Chicago Bears declined the fifth-year option on his contract, but that doesn’t automatically mean this will be his final season in the Windy City.

Ultimately, how should the Bears – or any NFL team – view Trubisky?

“I think he’s a good starter, [but] he’s not somebody that you can hang your hat on and say, ‘He’s going to win us a Super Bowl,’” former Pro Bowl quarterback Carson Palmer said on Tiki & Tierney. “You have to figure out contractually how you can keep his salary down and put a ton of playmakers around him. I think in his first couple of years he’s displayed that he can’t carry a team.”

Trubisky, 26, was selected ahead of Patrick Mahomes and Deshaun Watson in the 2017 NFL Draft. Mahomes and Watson, of course, have become two of the top players in the league. Trubisky, meanwhile, has never thrown for even 3,300 yards in a season and has thrown for more than 20 touchdowns just once.

“He’s a good player, he was drafted high, and they have to see if he can carry a team,” Palmer said. “But I think he’s shown the team that he doesn’t deserve a Deshaun Watson, Russell [Wilson]-sized contract. You have to figure out a way you can make him work – maybe with a Ryan Tannehill-sized contract – and pay a bunch of really good players around him. But he has not lived up to being drafted that high for sure.”

Dak Prescott, meanwhile, is another quarterback whose future remains in doubt. The Dallas Cowboys have tried to sign him to a long-term deal numerous times, but Prescott hasn’t received an offer he’s liked.

Palmer has a theory as to why.

“Maybe the reason Dak’s not willing to take less is he doesn’t trust Jerry [Jones],” Palmer said. “Jerry hasn’t proved to him over the last decade or so that he’s used that money and allocated it the right way.”

The Cowboys have not advanced to the NFC Championship since 1995 when they won the Super Bowl – and when Prescott, 27, was still in diapers. While Palmer understands Prescott’s reticence to sign for less than he feels he’s worth, he would also recommend that Prescott keep the bigger picture in mind.

“There’s a lot of value [in being the Cowboys quarterback] – maybe the most in the entire league outside of the two New York teams,” Palmer said. “But there’s plenty of money to be made outside of your contract. There is no salary cap when you look at Dak and [how] he’s doing [so many endorsement deals]. All of those are more of a function that he’s the Dallas Cowboys quarterback, not that he’s the best quarterback in the league. It’s more the team he plays for.”

As Palmer pointed out, Troy Aikman, Tony Romo, and Jason Witten – all former Cowboys – have had analyst jobs at major networks.

“There are certain teams where there’s a ton of value in the team you play for and you can make money to make up for the contract,” Palmer said. “Maybe [you] didn’t sign the same size of contract as the Russell Wilsons or Deshaun Watsons, but you can still make up that money just being the Cowboys QB.”