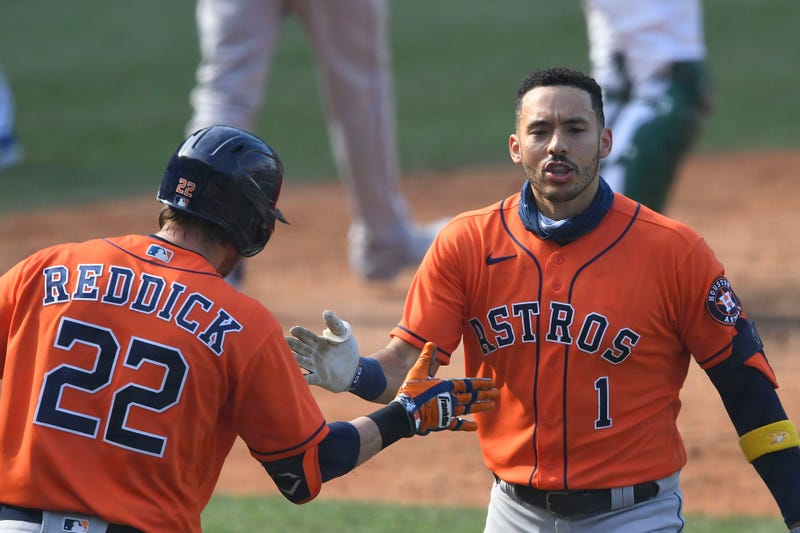 After the Houston Astros swept the Minnesota Twins in the AL Wild Card in September, Carlos Correa got, well, a little chesty.

Correa knew that many baseball fans were rooting against the Astros this season due to their involvement in a sign-stealing scandal, so Correa delivered a message to them. “I know a lot of people are mad. I know a lot of people don’t want to see us here,” he said. “But what are they going to say now?”

If Correa wanted an answer, well, C.C. Sabathia was happy to provide it.

“When Carlos Correa comes out and tells us, ‘What are you gonna say now?’, well, we’re gonna say that y’all cheated, bro,” Sabathia said on Tiki & Tierney. “This don’t stop the fact that you actually cheated in 2017. It is what it is.”

The Astros finished with a losing record this season before coming within one game of their third World Series appearance in four years. The Rays, however, denied them in Game 7 of the ALCS.

MLB Twitter had some fun with that. Sabathia, meanwhile, hopes the Astros learned their lesson.

“They need to be humble about it,” Sabathia said. “They can be forgiven, but they need to show some humility and some humbleness about the situation. . . . It’s weird in a way because I’m really, really close with Dusty Baker, so I want to see him do well. I know that he’s saying the right things to that team obviously because look how they played in the playoffs. You want to have them be doing the right things.”

Sabathia was 12 when he met Baker. In fact, he attended some of Baker’s baseball camps in his youth.

“You cannot not like Dusty,” he said. “Absolutely not. He’s a great man. He’s done everything. He’d give you the shirt off his back. He does everything for anybody in the game. . . . I just know what type of a man he is, how good of a man he is. They couldn’t have hired anybody else to get the job done. Look what he did with a team that basically everybody rode on all year.”