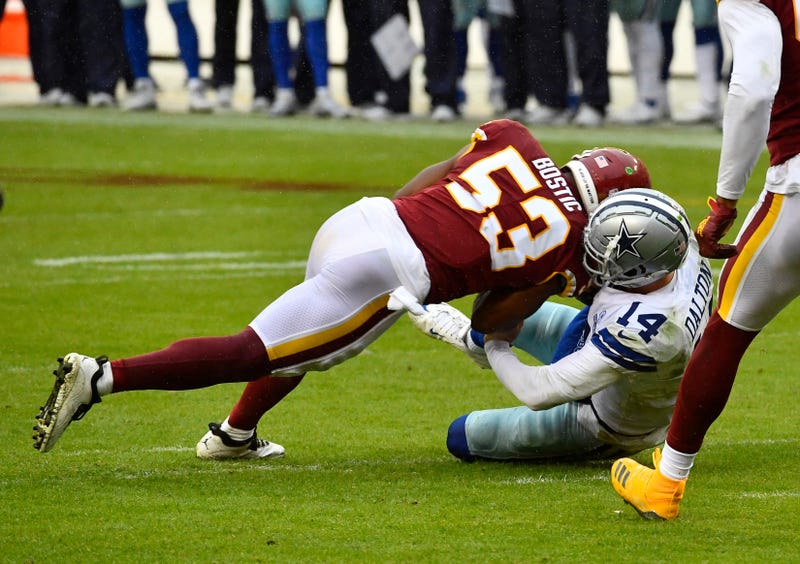 Andy Dalton suffered a concussion in the Dallas Cowboys’ 25-3 loss to Washington on Sunday, this after a dirty hit by linebacker Jon Bostic.

Unfortunately for Dalton, none of his teammates came to his defense.

“One of the first things that starts eroding when a season falls apart is your internal pride for the team, and you start making business decisions,” former NFL All-Pro and current analyst Chad Brown said on The DA Show. “When an offensive lineman goes after somebody who puts a dirty hit on his quarterback, that’s not a business decision; that’s that internal pride for your team and for what you represent.”

Bostic was ejected for the hit, but the Cowboys didn’t make him, or Washington, pay for the dirty play. Not with their words, and certainly not with their actions.

“I know Jon Bostic was ejected, but if Jon Bostic wasn’t ejected, find a way to get him back in the course of play over the next series or two,” Brown said. “That’s how I would prefer to handle that. I don’t want to respond [to] a dirty hit with another dirty hit . . . but at the same time, when they don’t go up and at least grab him or talk to him or gang up on him and have some angry words, that speaks to that declining pride in the locker room there.”

Brown, 50, played for the Steelers, Seahawks and Patriots during his 15-year NFL career. Had one of his quarterbacks been the recipient of a dirty hit, Brown – and his teammates – would have done something about it.

“The team culture for the Dallas Cowboys right now is particularly poor,” Brown said. “You’ve got 11 guys out there [on both sides of the ball] who are literally out there just trying to do their own thing. It’s showing up with how they played, showing up with this dirty hit yesterday with nobody stepping up to defend their quarterback.”