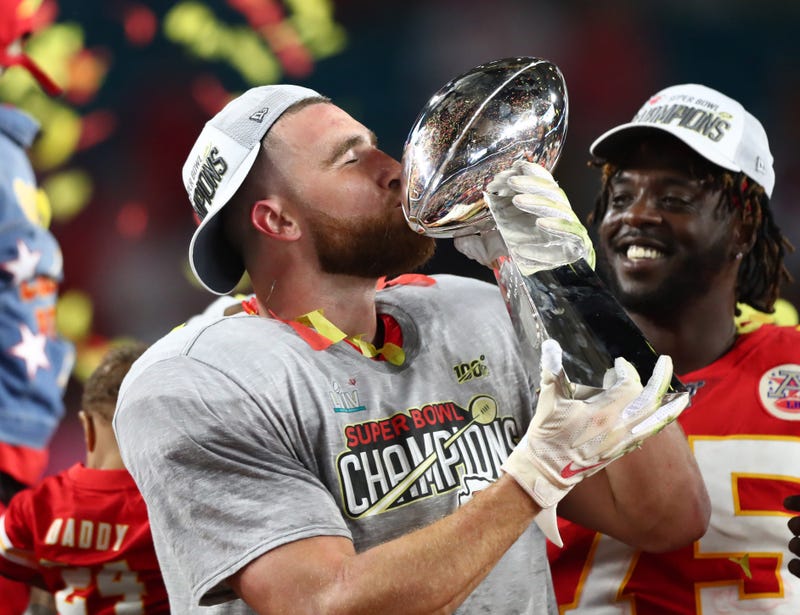 “It was terrific,” Westwood One play-by-play voice Kevin Harlan said on After Hours with Amy Lawrence. “A lot of red – the first Super Bowl we’ve ever had with [two red teams]. Actually, the Niners’ are scarlet and gold and the Chiefs are basically red and yellow, but it was red to the average fan and they were loud. It seemed to me there were more Chiefs fans than 49ers fans, but 50 years is a lifetime and these people [enjoyed it].”

In the end, the Chiefs overcame a double-digit deficit for a third straight playoff game, scoring 21 points in a five-minute stretch in the fourth quarter. It was giddy vindication for a franchise that fell just short of the Super Bowl a season ago.

“They came so close last year against Brady at home at Arrowhead, and they had the offside call on Dee Ford, who ironically enough plays for San Francisco,” Harlan said. “They did get the win this year.”

“I don’t think even when they were down by 10 with seven minutes to play that the majority of the crowd thought the game was over,” Harlan said. “It was almost like the Niners were playing not to lose and the Chiefs said, ‘We’re going to get a chance, and when we do, it’s going to open up.’ That’s exactly what happened. They didn’t blink. It was some kind of finish, I’ll tell you that.”