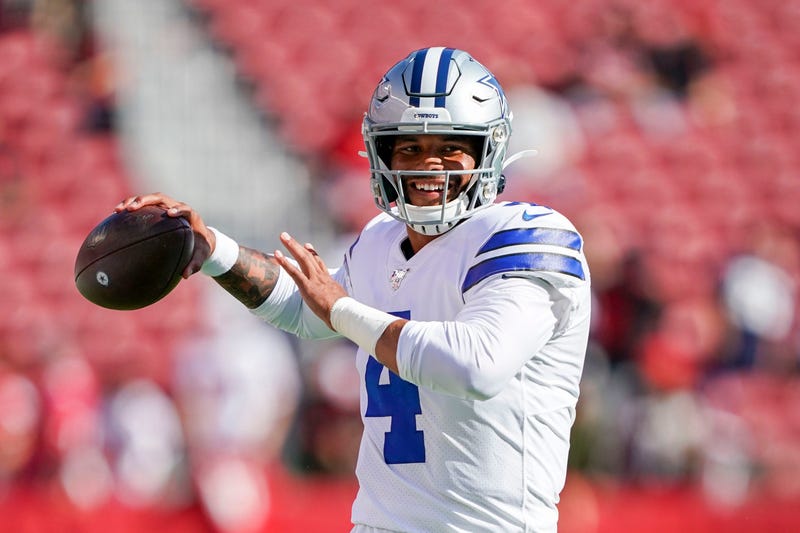 Last week, Joe Theismann opined on CBS Sports Radio that Dak Prescott is not a top-five NFL quarterback, and thus, should sign a long-term contract with the Dallas Cowboys as soon as possible, especially since that contract would make him one of the highest-paid players in NFL history.

As Mike Fisher explains, though, Theismann’s take might be flawed.

“I respect Joe Theismann and his comments because he lived it,” the Cowboys insider told JR SportBrief. “Sometimes people kind of kick me in the crotch because I’m deferential to authority, but if you played quarterback in the NFL for 12 years, you have the right to state your opinion because you fought those football wars. Having said that, here’s [what] I think Joe is missing. First of all, he’s got the numbers wrong a little bit.”

If Prescott does not sign a long-term deal, he could at least sign the Cowboys’ franchise tag, which would pay him $31.4 million in 2020.

“The worst case scenario is he makes $31.4 million,” Fisher said. “What the Cowboys have offered him is $35 million APY [with] guaranteed money of $106 million-plus. That would make [him] the highest-paid [player] right there with Russell Wilson in the history of football.”

The conflict, however, lies in the length of the contract. The Cowboys want to sign Prescott to a five-year deal, while Prescott only wants to sign for four.

Why would this be, you ask? Because the NFL salary cap is expected to “explode” after the 2022 season when the league’s current TV contract expires.

Jerry Jones is known for his “deadlines make deals” mantra, but the franchise-tag deadline is July 15, which is still more than two months away

“Well, there is no deadline on Dak Prescott right now,” Fisher said, “so why should he sign a deal?”