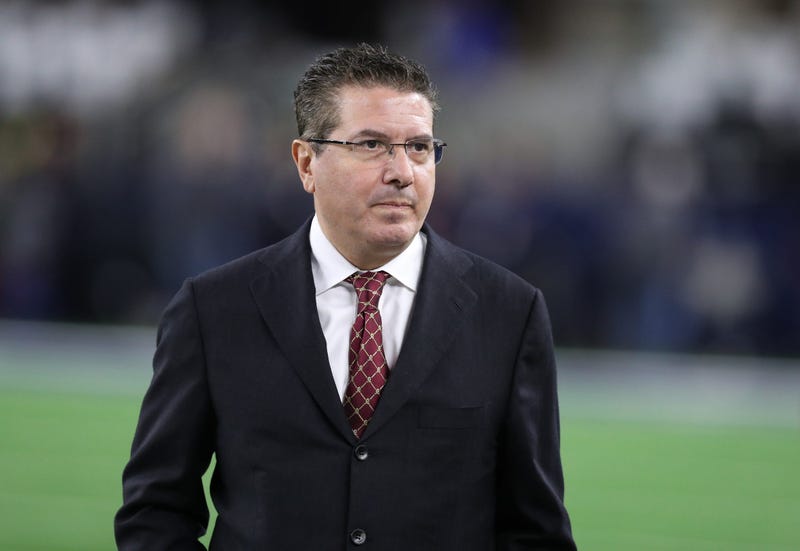 The NFL knew that a report was coming, and on Thursday, it dropped.

As reported by The Washington Post, 15 former Washington employees have accused the organization of sexual harassment and verbal abuse. Dan Snyder was not implicated in the allegations but could still be punished for allowing this behavior to occur.

Will Snyder ultimately be forced to sell the franchise?

“I don’t [think so], but I don’t think it’s 100 percent,” 106.7 The Fan’s Craig Hoffman told Shaun Morash and Andrew Bogusch, who were filling in as hosts of The DA Show. “I just think that it’s going to be tough without Dan being directly implicated like Jerry Richardson was for the NFL to go, ‘Yeah, you have to sell because of this.’ I think they should. I think it’s right. Incompetence and lack of accountability is Daniel Snyder’s brand, and that has now reached a point where it’s obvious this is a liability for the league. His lack of accountability is what leads to this. That is the entirety of who Daniel Snyder is, and that’s not acceptable when you’re running a multi-billion-dollar organization with this many employees and this much on the line.

“So I think there’s an argument to be made, obviously,” Hoffman continued. “But unless it’s exactly like Richardson where he’s directly implicated, unless there’s more coming out, I don’t think it’s a slam dunk. That’s why I think some people are upset, quote-unquote, that this is not enough. They wished there were more, and it didn’t live up to the hype. But if you were caught up in the hype of internet rumors, that’s on you. At the end of the day, this is an extremely serious story with extremely serious allegations.”

The cultural context, it is worth noting, could play a role in Snyder’s punishment – and future.

“I think the moment we’re in matters,” Hoffman said. “The power has shifted. But I wouldn’t even say [it’s] likely at this point that this ends with him being out.”

One factor potentially working in Snyder’s favor? Other owners could have similar skeletons in the closet.

“For as much as the salaciousness of this story impacts people and catches people’s attention, this is not about sex; it’s about power,” Hoffman explained. “When you understand [that], that can separate some of the salaciousness from the real heart of why people were so scared to tell these stories for so long and why these problems perpetuate over time. Are there other owners out there that have secrets like this? Probably. The question is how salacious are they versus how sinister are they, how criminal are they, in terms of the power dynamics that were at play here and the owners allowing things within the workplace especially to happen? If other owners don’t have those kinds of things – which, I think there probably are some franchises that operate this way.

“You talk to any woman that works in sports, and they’ve experienced things somewhere on the spectrum of what was reported [Thursday],” Hoffman continued. “It’s going to take the league stepping up in a major way . . . but I do think the protective nature of that tight ownership group of similar people is something that is going to be an impediment to removing Snyder in a way that’s, again, continuing the problem because it’s about power and they have all the power.”