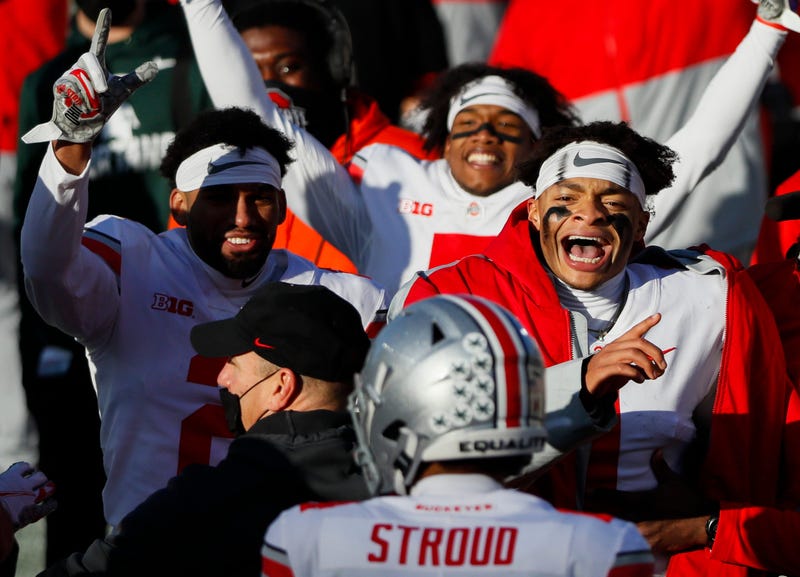 On Wednesday, the Big Ten amended its conference rules for the 2020 season, eliminating the six-game requirement to play in the conference championship game.

The decision will allow No. 4 Ohio State (5-0) to play in the Big Ten Championship against No. 14 Northwestern (5-1) at Lucas Oil Stadium in Indianapolis on Dec. 19.

“Not too surprised,” three-time Super Bowl champion and College Football Hall of Famer Randy Cross said on After Hours with Amy Lawrence. “If you were paying attention and saw what the ACC did to enable Notre Dame and Clemson to kind of get along with their championship meetup, it’s something you kind of come to expect. If you give people truth serum, they would really tell you they’re kind of making it up as they go along.”

Ohio State saw three of its eight regular-season games canceled due to COVID-19, including its annual showdown with Michigan (2-4).

If the Big Ten had not amended its six-game threshold, No. 12 Indiana (6-1) would have played Northwestern for the conference championship. Ohio State beat the Hoosiers 42-35 on Nov. 21.

Would the Big Ten have made this change if it didn’t involve Ohio State? If it didn’t help the conference’s best chance at a playoff team?

“No, I don’t think so,” Cross said. “It’s not a bad thing, necessarily. I happen to think they are one of the top four teams in the country, and if you were going to do a playoff here pretty quick, you’d probably say, ‘Yeah, they got to be one of the teams.’ But you make these rules and you set these dates and stuff, and you don’t know how things are going to work out. The Big Ten, the Mountain West – everybody that came back kind of late, if they knew they were going to have the hurdles they were going to have, they probably would have seen that things got pushed back a little bit to give them more room.”

Ohio State looked shaky in the second half against Indiana. The Buckeyes led 35-7 early in the third quarter but allowed 28 points in just over 15 minutes of play, ultimately holding on for a seven-point win.

Cross believes Ohio State is one of the best four teams in America.

“Just watching them, seeing them – they are that good,” he said. “There’s teams that have played a couple more games and they’ve lost one or they’ve lost two. I think the teams that have the best argument with a loss are pretty obvious. They’re Texas A&M and Florida. But you’ve got other teams like Cincinnati that would make an argument, but when you’re looking at four, even with Notre Dame and Clemson playing each other, you’re probably going to be looking at those top four teams in some order when you get around to that playoff later.”