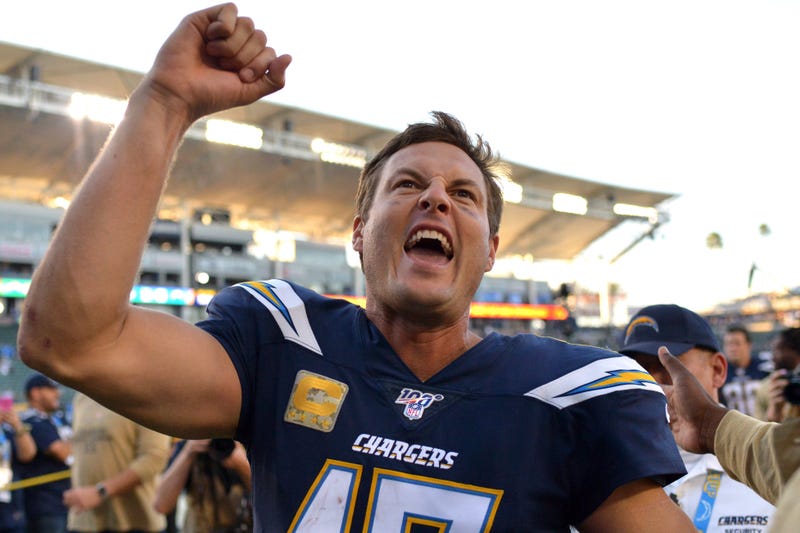 It remains to be seen whether Philip Rivers will get inducted into the Hall of Fame one day, but if any quarterback should give him hope, it’s Dan Fouts.

Fouts spent his entire career with the Chargers and never won a Super Bowl. But he still got the call to the Hall.

On Thursday, Fouts offered his perspective on the Hall of Fame, as well as Rivers’ chances.

“Well, first of all, it’s not easy to be a Hall of Famer,” Fouts said on The Zach Gelb Show. “There’s very few Peyton Manning’s and Brett Favre’s that get in without even a discussion in the room – and I know what the room is about because I am a selector. As far as Rivers’ chances, I think he’ll get a tremendous amount of consideration. But in five years, we just don’t know where the game is going. We know it’s going to be more and more yards, and the yards will not become that important.

“But the fact that he played at such a high level with such toughness and class and style and led his team every weekend – regardless of the injuries to the offensive line or receivers or running backs – he was always there,” Fouts continued. “I think that means a lot. It means a lot to his teammates, it means a lot to his coaches, and it meant a lot to the fans in San Diego and Los Angeles.”

“It’s been a terrific career,” Fouts said. “He had to convince the Chargers way back when that he was the guy instead of Drew Brees – and Brees went on to have a Hall of Fame career as well. The thing that I think most about Philip is how tough he was and the number of games he played in a row. That’s a tremendous accomplishment because of the beating a quarterback takes week in and week out – and he was there every Sunday. I think that’s something that should be remembered when he comes up for vote for the Hall of Fame.”

As Fouts explained, there’s no clear-cut formula for getting into the Hall of Fame. Sure, if you’re Tom Brady, you don’t have to worry. But for a lot of players, it’s far from guaranteed.

“Everybody has a different take on what is important,” Fouts said. “Obviously Super Bowl rings are very important, but also the totality of someone’s career. Longevity is important at times, being a member of the all-decade team – and some cases now with these quarterbacks, some of them can be all-decade in [multiple decades given how] long they’re playing. So there’s a lot that goes into it.

“The big debate each year always seems to come down to one player who’s had a shortened career but a brilliant career and another player who’s had a long career,” Fouts continued. “What’s more important? It just depends on each individual selector’s idea of what it takes. . . . But as I said, it’s hard to get into the Hall of Fame. It’s not an easy process, but it’s one that is the most humbling and spectacular a player can possibly ever have.”

Fouts was asked if he thinks Rivers is a Hall of Famer.

“Because I’m a selector, I never say who should be a Hall of Famer or not because it’s just not the right thing to do at this point,” Fouts said. “The consideration, the debate, will be very intense – and I think that’s good. I like his chances, but you never know.”